The Benefits and Drawbacks of Globalization

Globalization is the process of operating business activities on an international level.It is the process of interaction among people from various countries in the world through the enlargement of business activities.It is the extension of capital, manpower, technology and information to different countries.It is a process by which economies and cultures have been drawn deeper together and have become more inter-connected through global network of trade , capital flows, and spread of technology and global media.Globalization has three main aspects that are economic, political and socio- cultural.

Don’t waste time
Get a verified writer to help you with The Benefits and Drawbacks of Globalization
Hire writer
$35.80 for a 2-page paper

(University of Leicester 2009). Economic aspects focuses on the intregation of global issues as well as flow of trade across nation borders.Political aspects focuses on the rules and regulation that to be followed during the trading process. And socio- cultural aspects focuses on the social and cultural aspects of the nations where the business activities are carried on.The goal of globalization is to provide the competitive standard and producing goods in lower cost to gain more pofits Developed countries are specific countries which meets certain socio economic criteria based on economic theory such as gross domestic product (GDP), and Human Development Index (HDI).

Gross Domestic Product (GDP) is the process of measuring the market value of all goods and services produced within a country which calculates economic output of that country.Globalization has positive effects on the economic growth of that country.The impact of globalization can be measured through the help of per capita income,capital flows and foreign direct investment.

The Benefits and Drawbacks of Globalization. (2021, Oct 31). Retrieved from http://envrexperts.com/free-essays/essay-about-benefits-and-drawbacks-globalization 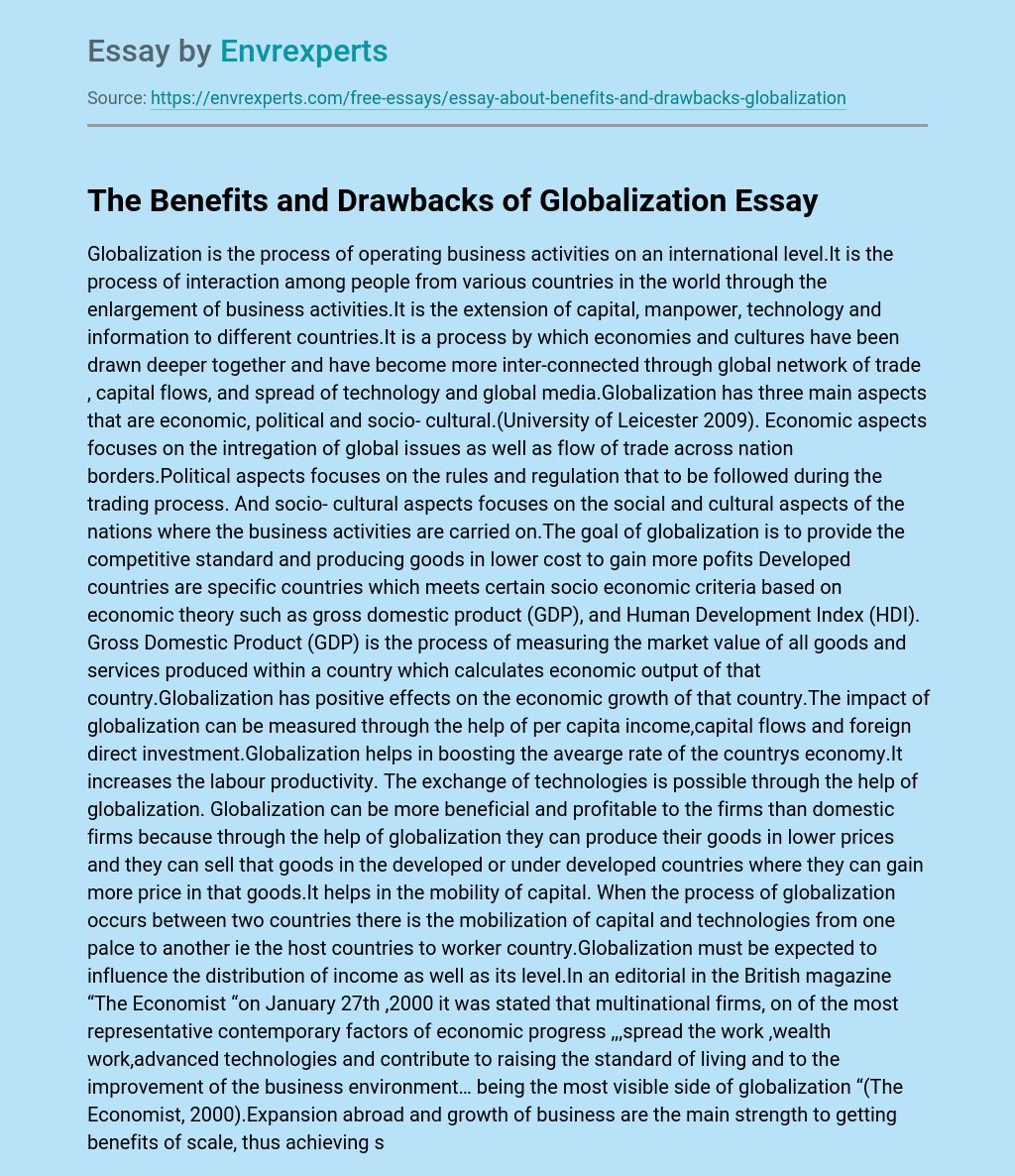