The United States ought to exclude hydraulic fracking as a part of our energy source because of the environmental risks. Fracking is another drilling strategy that extracts hard to reach oil or gas from shale-rock. Advocates of hydrofracking argue that this procedure is not unsafe to the environment. Although a few studies have demonstrated that hydroracking may be safer than conventional oil drilling techniques, this new drilling technique brings some danger to environment. In fact, hydraulic fracturing causes air pollution.

Don’t waste time
Get a verified writer to help you with Danger of Hydraulic Fracking
Hire writer
$35.80 for a 2-page paper

Hydrofracking procedures can also dangerously reduce and affect the water supply. According to "The Risks of Hydrofracking", this process uses 8 million gallons of water for one single well.

Since there are approximately half million gas wells in America, this means that almost four billion gallons of water resources are being used in this process. Furthermore, only about a 30% of the water can be recycled, which means that 2.8 billion gallons of water are wasted. In addition, using huge amounts of water may cause lack of water near fracking areas. This issue is a very controversial issue in United States.

Attorney Stuart H. Smith, in his blog mentions that hyfrofracking has been proven to be the catalytic agent for thousands of earthquakes throughout Arkansas.

Fracking is extremely harmful to the environment; in fact, it is probably the largest threat to the environment in the United States, but especially in Arkansas. This process wastes massive amounts of water by mixing water with toxic chemicals and polluting groundwater supplies. To transport water to the drilling plants, trucks must carry it. These trucks burn great amounts of gas, releasing CO2 gas into the atmosphere. Hydraulic fracturing techniques such as venting and flaring release even more harmful gases into the air. To prevent this destruction, government should ban hydrofracking. Even though it is extremely profitable, it will not make enough money to rebuild the planet. 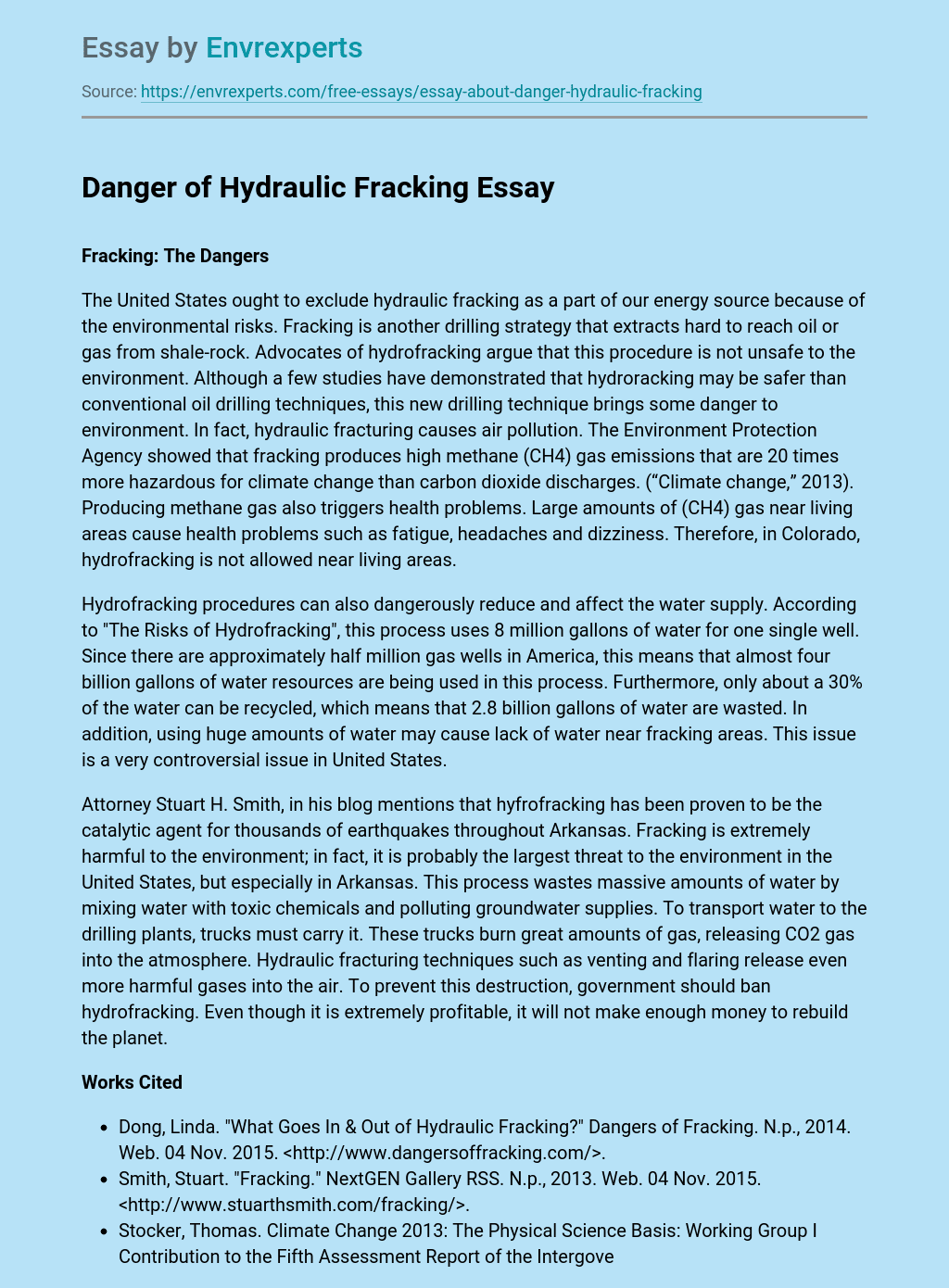