Making global change understandable is a priority in the minds of the general public. What it means for us, our children and the future generation is what we should address now. Many centuries ago, humans have tries to use scientific means to change weather pattern, to get more rain or stop the rain or to decrease the heat or warm it up a little bit (DiMento, J.F., & Doughman, P., 2014). But, historically we have unintentionally change climate and still changing it today.

Don’t waste time
Get a verified writer to help you with Definition of Greenhouse Gases
Hire writer
$35.80 for a 2-page paper

This paper gives the general public an idea of the level of what we know as greenhouse gases, a 3% of gases found in our atmosphere that help to warm the earth and disrupt our climate. Other global climate change societal issues like pollution, loss of biodiversity, overpopulation, deforestation and many more also contribute to climate change we encounter today(DiMento, J.F., & Doughman, P., 2014) .

Why I select this particular audience (general public), is the fear we have discussing climate change both in private and in public, and I found that we are losing ground and face a turbulent and alarming future.

However, one single threat to climate change is the disruption due to the buildup of human generated greenhouse gases in the atmosphere.

Although the general public are beginning to address the problem by reducing their carbon footprint, but unsustainable human population can overwhelm such efforts making me to believe is going to be a tough task to achieve.

I decide on my structure, format and tone through by informing my audience the basic features that dictate Earth’s climate and our environment.

Commentary: Challenges in communicating climate change issues to the general public are very enormous for a host of reasons. But first, as the society is concern about air pollution that have migrated from choking plums to the smallest of particles that penetrate deep into our lungs, and to heat-trapped greenhouse gases linked to global warming (Andrew C. Revkin, 2014).

We could ague that emissions from smokestack and cars tailpipe emissions project ramifications for future global climate change remains as murky as it has been. We should not ignore the fact that some well-financed efforts by industries and groups that oppose pollution restrictions amplify the uncertainty of the environment for their benefit. Honestly, their approach ultimately perpetuates confusion and contention that brings public disengagement and inaction. 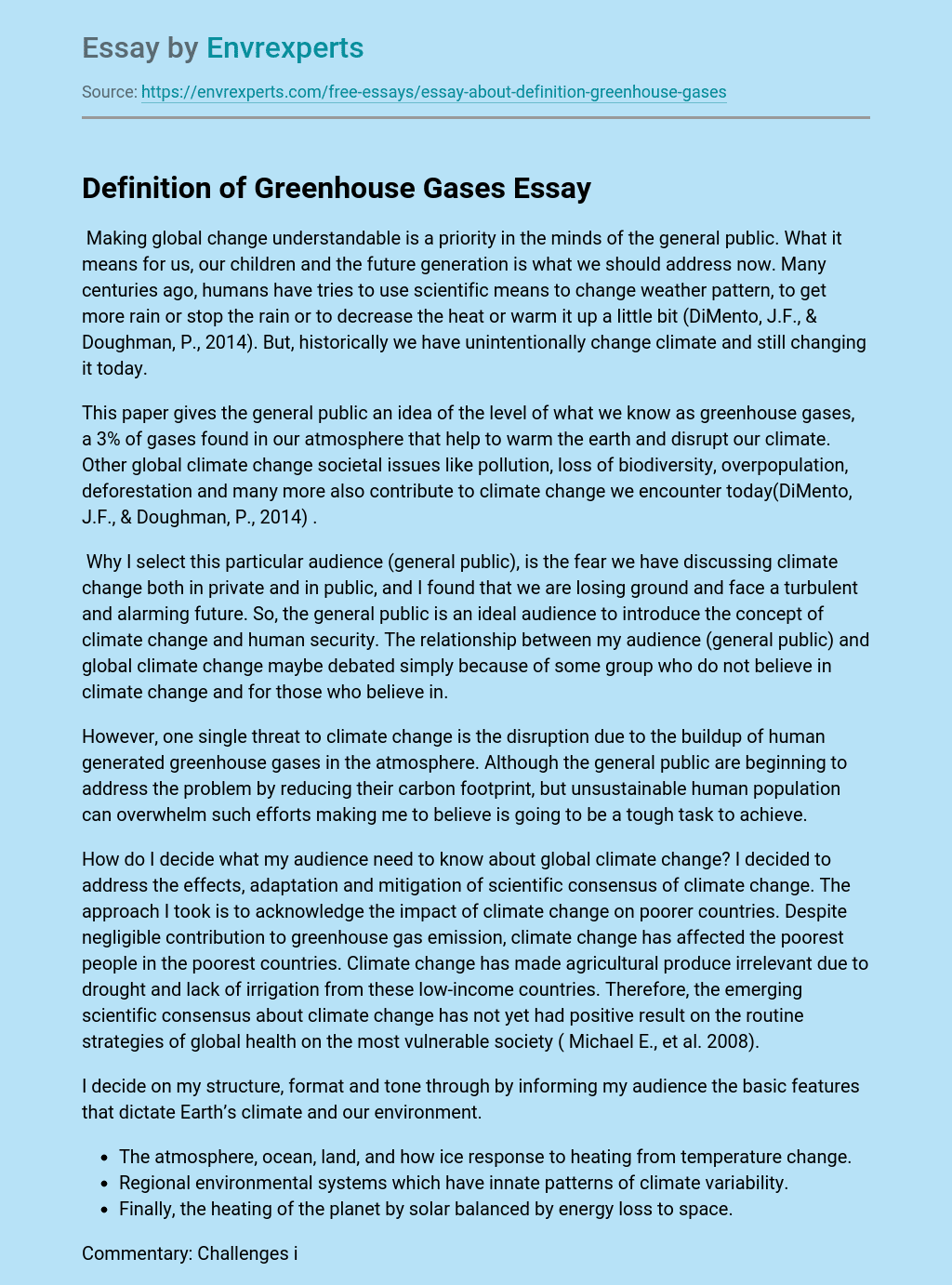