Amazon forest is located in Brazil, covering approx 5.56 million square kilometres. It is called the lungs of the planet which provides 20% of our
oxygen. Recently there was a huge fire in the Amazon forest during 15 august to 22 august 2019. So what really caused the Amazon fire forest? The slash and burn has been a regular practice around the world and especially in Amazon. Slash and burn is a practice in which farmers cut down trees at the end of the dry season and then burn them right.

Don’t waste time
Get a verified writer to help you with Deforestation: Amazon Forest Issue
Hire writer
$35.80 for a 2-page paper

This process leaves a nutrient rich layer of ash which provides as a good fertilizer for the crops. According to studies from 2002 to 2012 deforestation and fires has risen by 85%.

So the next question arises is how does it affect us or why it is such a big issue? We say Amazon is the lungs of the planet but we still continue to exploit it.
Amazon’s been home to millions of plants and animals ranging from turtles to jaguars.

This abundance of life is important to us for balancing ecosystem. The fire has destroyed home of indigenous tribes living over there. The forest plays a crucial role in regulating climate change. Climate change is an important issue in today’s world. It is a major issue for most of the countries. Glaciers are melting down, trees are getting chopped down, more focus on industrialization
these all are the result of climate change. As the number of fire increases, greenhouse emission do too which makes the planet overall temperature rise.

As
the temperature increases extreme weather events like tsunami, cyclone and flood happens because the glacier gets melt down. Deforestation contributes
directly to change in rainfall patterns in affected region increasing the length of dry season which affects forests, agriculture and human health. The slash and
burn process is practiced every year so what’s different around this time, why are we paying attention to the fires this time? The smoke travelling in south in
the atmosphere to the Sao Paulo, the commercial hub of Brazil played a major role. The smoke emerged in the state of Sao Paulo and combined effect of the
social media created a lot of awareness about the situation of the fire forest in the Amazon. Social media played a major role in the awareness. The fire was so bad that #prayforamazonia was trending on twitter and instagram.

HOW CAN WE PROTECT AMAZON? 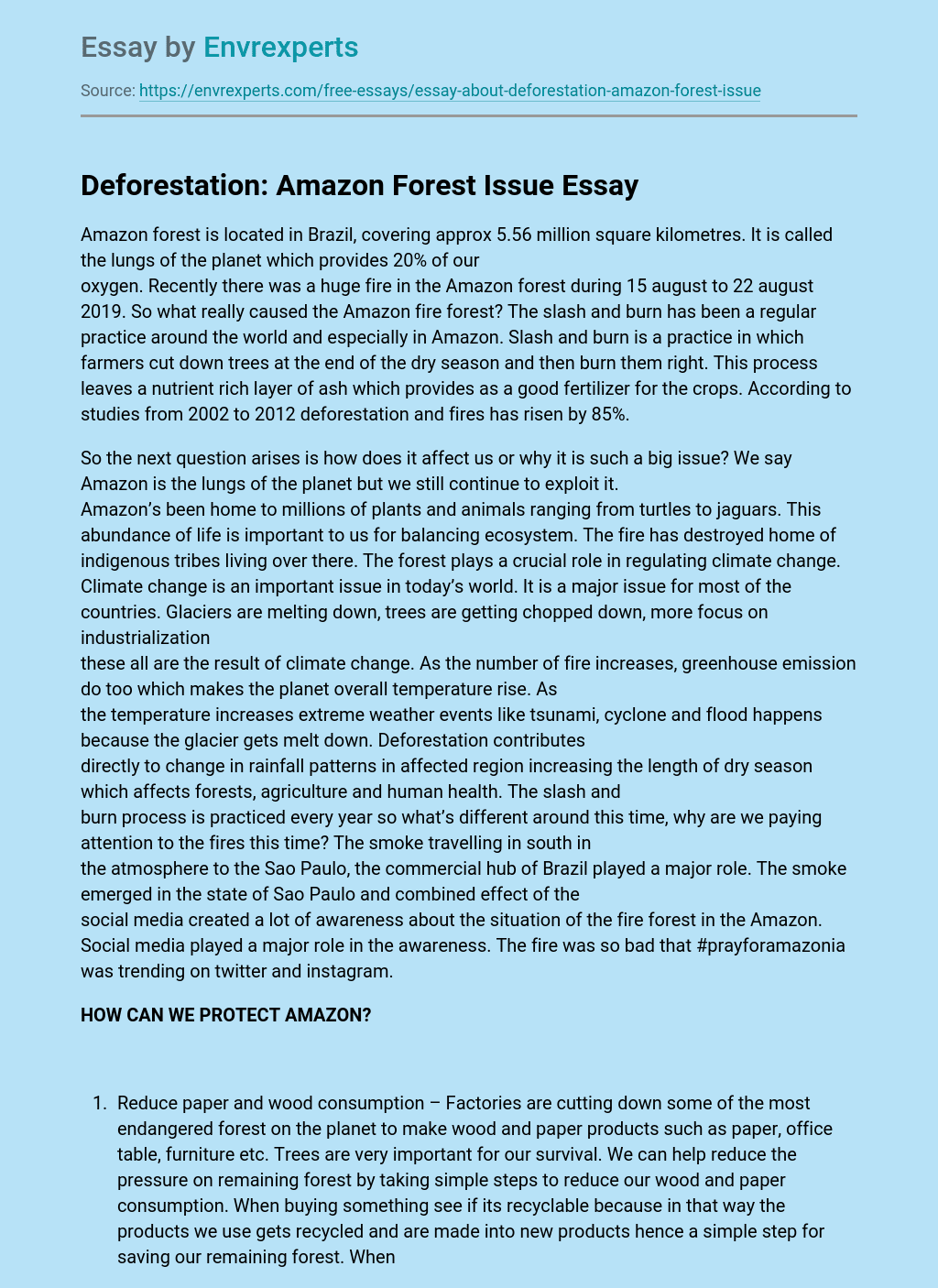