Don’t waste time
Get a verified writer to help you with Ecological Disaster of Chernobyl
Hire writer
$35.80 for a 2-page paper

On Saturday April 26, 1986 roughly 180 firemen and about 80 firetrucks showed up at the Chernobyl power plant not knowing the danger that they were about to be in. The fourth reactor in the power plant was supposed to be tested to make sure that the emergency water cooling system would work just in case of a power outage. In seconds, an unstoppable reaction started to occur causing pressure to build up inside of the reactor forming steam.

At 1:24am all the steam that built up blew the roof right off of the reactor. This caused clouds of radiation into the atmosphere along with radioactive, burning debris. There were 14 firefighters that showed up on the scene only minutes after the explosion happened, which proceeded to melt about half of the roof and the walls showing the center of the reactor.

Only a couple of seconds later, there was yet another explosion that released even more fuel. A fire then started on the roof of the third reactor which caused a risk of breach at the power plant.

As more firefighters arrived at the scene, they were not prepared with gear to protect them from the radiation that they were going to be exposed to. Due to the exposure to radiation, two firefighters died that night any many others died later on due to the radiation exposure. Many men described the radiation exposure as tasting like metal and feeling like pins and needles on their faces. Wanting to keep how dramatic this explosion was from the public, Pripyat went on to do their daily tasks. The next day the government and scientists were aware of how serviere this situation was. At the power plant, there were “only fifteen munites to receive a lethal dose” (Chernobyl Foundation, 2014).

There was great fear of people getting exposed due to the short exposure time before death was possible. The Moscow military was sent to Pripyat to aid in the evacuation process. Later that day, Pripyat was notified of the evacuation. This announcement was made to tell the citizens that all were expected to leave except the few chosen workers who were expected to preserve the city and the other reactors. Citizens were only allowed two hours to pack up their necessities and they would be brought back home in three days. The city was empty in a little under four hours leaving only scientists, pets, military workers, and government officials left. 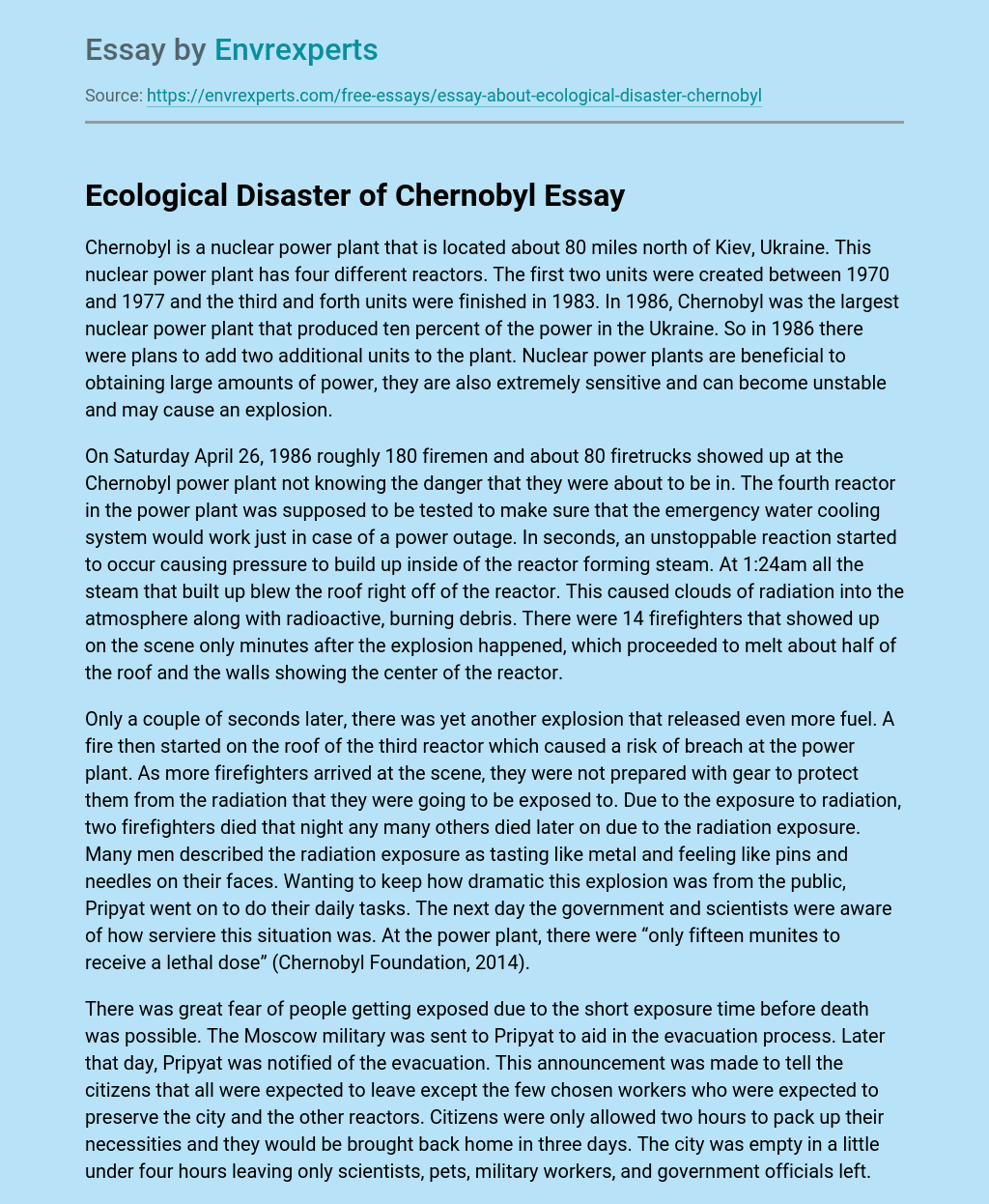