At the head of the industrial revolution, the discovery of fossil fuels meant that humans found an inexhaustible treasure trove of resources that were born out of life that had been trapped inside the ground for countless centuries. The use of fossil fuels resulted in the emission of greenhouse gases (DiMento and Doughman).

Greenhouse gas emissions have one very important gas that is implicated in the rapidly escalating climate change i.e. carbon dioxide. Carbon dioxide was meant by nature to keep the Earth’s temperature warm enough to not be frigid.

Don’t waste time
Get a verified writer to help you with Features of Greenhouse Gases
Hire writer
$35.80 for a 2-page paper

Recent human activity has increased the carbon levels in the atmosphere.

This is nature\'s way of maintaining an optimal temperature (DiMento and Doughman). But this balance has been skewed since the industrial revolution and uncontrolled emission of greenhouse gases. As they trap the heat, the temperature of the planet rises. This increased temperature disturbs many cycles. Oceans absorb 50 percent more heat than land, leading to thermal expansion and rising sea levels.

Massive floods are a result of rising sea levels. Moreover, on land, there is a different story (Richardson).

The delicate natural balance in heat distribution is maintained because different regions of land absorb different amounts of heat. This gives rise to winds and rainfall. What global warming does is that it disturbs this meticulously planned balance so that certain chains of the events are triggered that result in extreme weather patterns, food, and water shortages (Richardson).

Nature has been thrown out of balance and research clearly shows that the effect has been marked since industrial activity has increased on the planet and the world has started to burn fossil fuels to obtain energy. Emission of greenhouse gases is not the only cause of global warming. Trees are a very important part of the biosphere and are responsible for maintaining a stable water cycle by preserving moisture in the environment.

Trees are responsible for the majority of transpiration of water from the ground into the atmosphere (Richardson). This results in the maintenance of moisture in the atmosphere and also results in changes in air pressure which cause clouds to be formed and transported to lands. This rainfall replenishes the soil.

Trees are the reason that life can be sustained on Earth. But the recent increase in deforestation has highlighted the disturbances in the climate system that this dwindling number of trees has caused (Richardson). As trees are cut, the soil loses its anchor, and sooner or later, a deforested area turns into a barren desert due to a mixture of dry seasons, excessive flooding, and the washing away of soil. 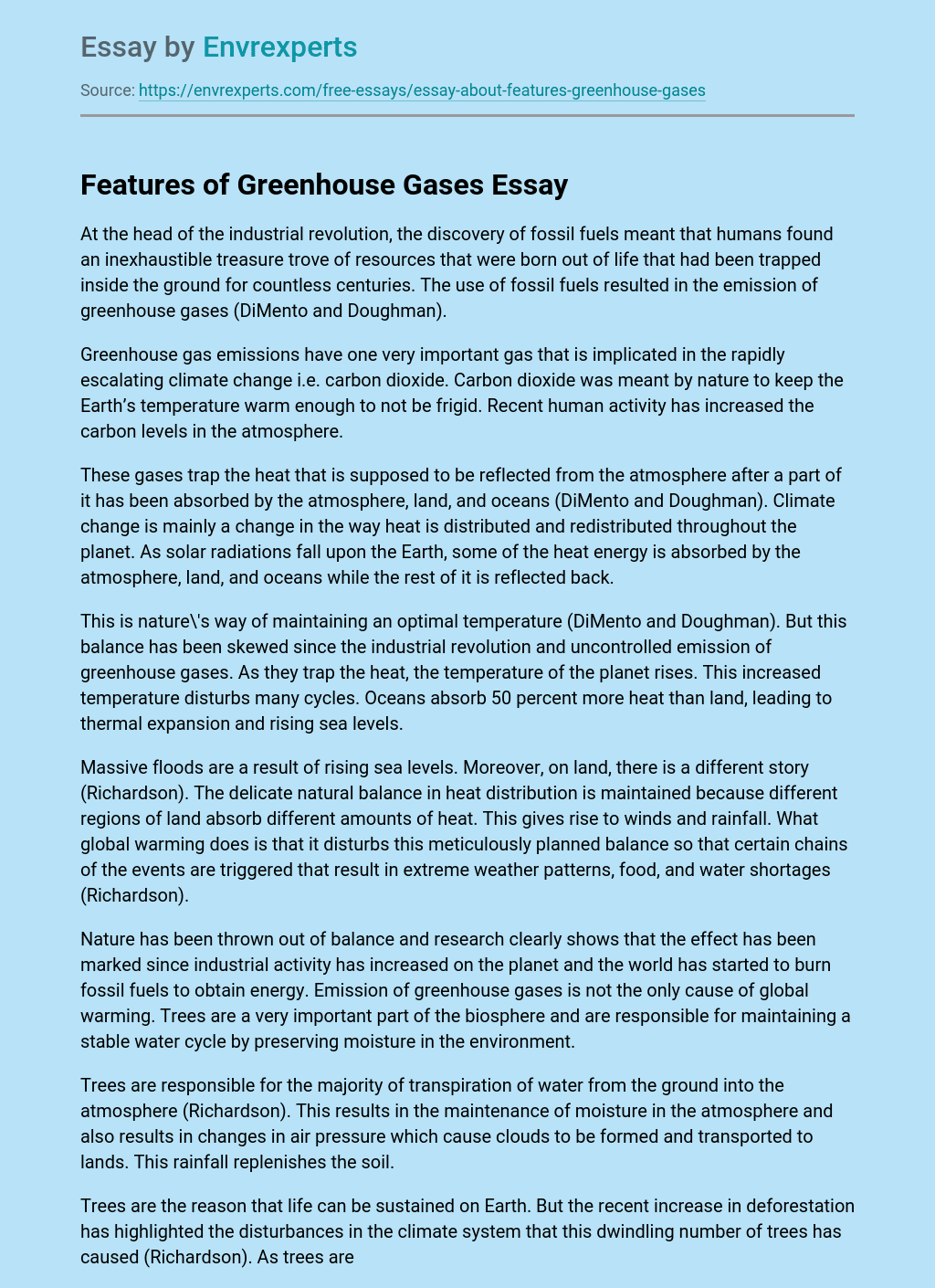