According to the United Nation,human trafficking(2016) “is the recruitment, transportation, transfer, harboring or receipt of persons, by means of the threat or use of force or other forms of coercion, of abduction, of fraud, of deception, of the abuse of power or of a position of vulnerability or of the giving or receiving of payments or benefits to achieve the consent of a person having control over another person, for the purpose of exploitation.”Organizations such as CARICOM and other organizations such as, organization of American States and the Association of Caribbean states have expressed their disapproval at the rapid increase of human trafficking cases in the Caribbean.

Don’t waste time
Get a verified writer to help you with The Global Initiatives to Fight Human Trafficking
Hire writer
$35.80 for a 2-page paper

This growing practice impacts many nations across the world including the Caribbean, which have recently been drawn into what is called global panic.The United States Department of State, commonly referred to as the State Department, is a federal executive department responsible for carrying out U.S. foreign policy and international relations.

The department places each country in four tiers. This placement is based not only on the size of the country’s problem, but on the extent of governments’ efforts to meet the Trafficking Victims Protection Act (TVPA) minimum standards for the elimination of human trafficking. The TVPA, define human trafficking victim as a person induced to perform labour or a commercial sex act through force fraud, or coercion. Any individual who performs a commercial sex act, under the age of 18 is considered a victim of human trafficking, regardless of whether force, fraud, or coercion was present. 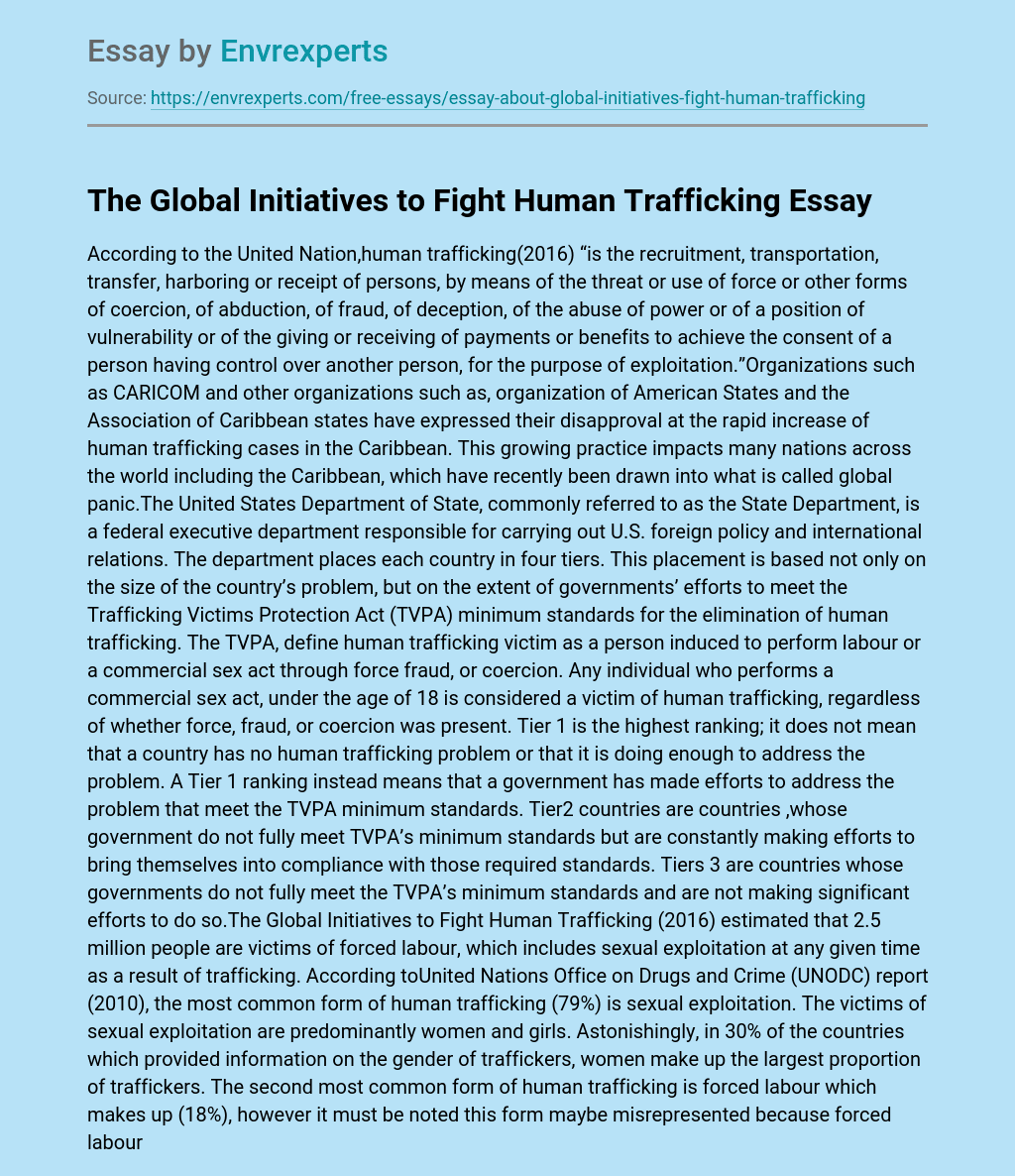