Global Warming is a real phenomenon occurring in the world today. Some believe the causes to be man-made while others believe the phenomenon to be out of the populations occur. Most can agree that the Earth is warming up, but what is changing it? Fossil fuels being burned and causing carbon dioxide to bleed into the atmosphere. Natural occurrences of the Earth that have been seen in the distant past. No matter what side of the issue an individual is all.

Don’t waste time
Get a verified writer to help you with Human Influence on Global Warming
Hire writer
$35.80 for a 2-page paper

Everyone can agree that the Earth is heating up.

According to the drilling of Ice cores in Antarctica. Scientist have been able to study the history of carbon levels in our atmosphere dating back hundreds of thousands of years ago. Up until the 1950s, the carbon dioxide level had never reached above 300 parts per million in the atmosphere. Today that number has risen to 400 parts per million. Since the late 19th century, the average surface temperature has risen about 2 degrees Fahrenheit (NASA).

This increase in temperature is due largely in part to what is called the greenhouse effect. Gases occur naturally in the atmosphere that are both caused naturally by water evaporation, volcanos, and animals such as methane from cows. They are also man-made and have increased greatly since the industrial revolution. Gases that trap heat in the atmosphere are water vapor, nitrous oxide, carbon dioxide, methane and chloroflurocarbons (these also eat away at the ozone layer).

This increase in these gases made from burning fossil fuels contributes to the overall warming of the Earth.

The other opinion is one that can be explained by past events. Again, through the drilling of Ice cores. Scientists can link significant temperature changes in the Earth's climate with the increase of carbon dioxide in the atmosphere. These occurrences were naturally made though. With no outside effect of humans burning carbons to make energy. While this data is there some believe that global warming is not an issue at all. Or rather, that it isn't as important as other social aspects like healthcare and education. One British organization, Global Warming Policy

Foundation believes that the warming is due to sunspots creating introducing hotter temperatures to our atmosphere (Dykstra). Another view is one that does not encourage the belief of global warming at all. The belief that this is created to dismantle the fossil fuel industry to spread more environmentally safe alternatives to energy. A large reason for this is that it simply doesn't affect anyone right now. "A strong challenge has been voiced to all of this evidence: that the observed associations may be attributable to the fact that the news media, presidents, and ordinary Americans alike respond to real changes in objective life circumstances” (Krosnick et all 10). Climate change does not have a large enough effect now for many to even care or notice.

The problem is that the science is there to prove otherwise. As stated earlier, scientists have proven that the carbon dioxide has increased greatly over the last 150 years. This is largely in part to how we utilize fossil fuels today. In addition to the amount of foliage that is destroyed to make more room for humans. Since 2000 the World has been setting record highs for temperature in 16 of those 17 years (NASA). If these trends continue there will be problems for the entire world. "Scientists have suggested that substantial changes of the Earth system would occur if the global mean surface temperature exceeds the threshold of 2 degrees Celsius relative to pre-industrial levels (Wang et all 1). Oceans will rise, larger storms will occur with more devastating effects, acidic rain becomes a concern, and melting ice across the world. This is already occurring and as temperatures continue to rise the issues will only speed up. These changes could completely change what we know about our ecosystems today. Areas where plants currently grow could turn to desert. Oceans could become so acidic that no life would be able to be sustained, or it would have to evolve and adapt to the changes made over time. Maps may have to be redrawn due to the rise in ocean levels overtaking low lying areas. 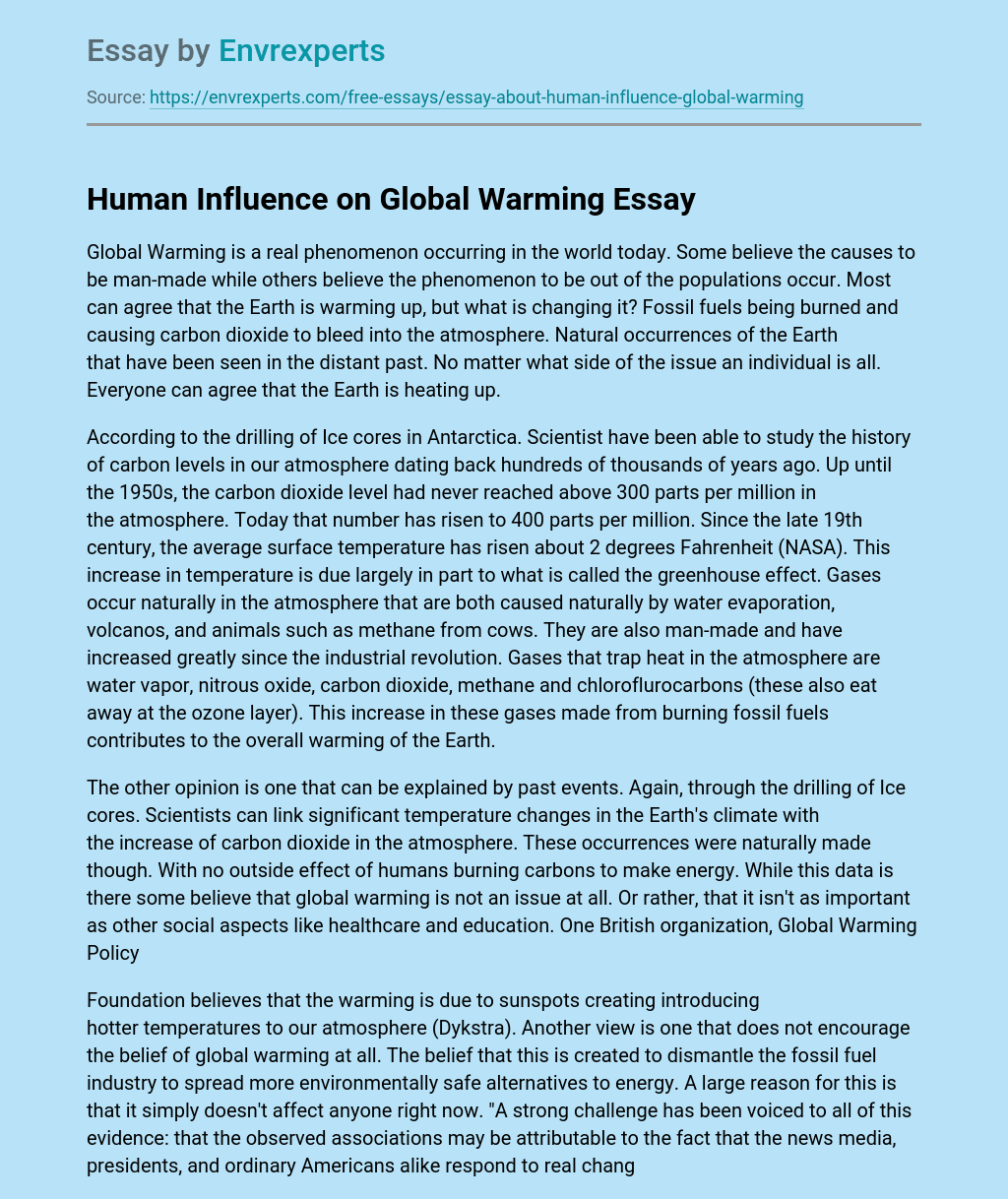