The Idea of "The Resource Curse"

The resource curse is a term that was discovered by Richard M. Auty back in 1993. Auty explored this phenomenon in terms of how nations with rich resources often develop more slowly, more corruptly, more violently and more with authoritarian governments than others. The resource curse describes the phenomenon of how, when a poor country discovers vast natural wealth, other countries around the world are not impressed. Basically the resource curse entails how what should be a blessing turns out to be an incentive for conflict and corruption and, in the wrong hands, a source of ruin.

Don’t waste time
Get a verified writer to help you with The Idea of “The Resource Curse”
Hire writer
$35.80 for a 2-page paper

Global history is full of illustrations of countries like Sudan, Nigeria, Angola and Netherlands whose natural-resource wealth resource curse in form of conflict, corruption, and poverty.

The Resource curse and political weaknesses

Corruption is one of the key causes of a resource curse. the process of mining and extraction of the natural resources is bedeviled with corruption right from the point of discovery of the resources to extraction and sale of the products.

The Resource curse and military conflict

Resource curse can lead to civil war. This is what has been experienced in countries like Sudan and South Sudan. This could be due to scramble for the resources and poor distribution of resources.

The Idea of "The Resource Curse". (2021, Oct 31). Retrieved from http://envrexperts.com/free-essays/essay-about-idea-resource-curse 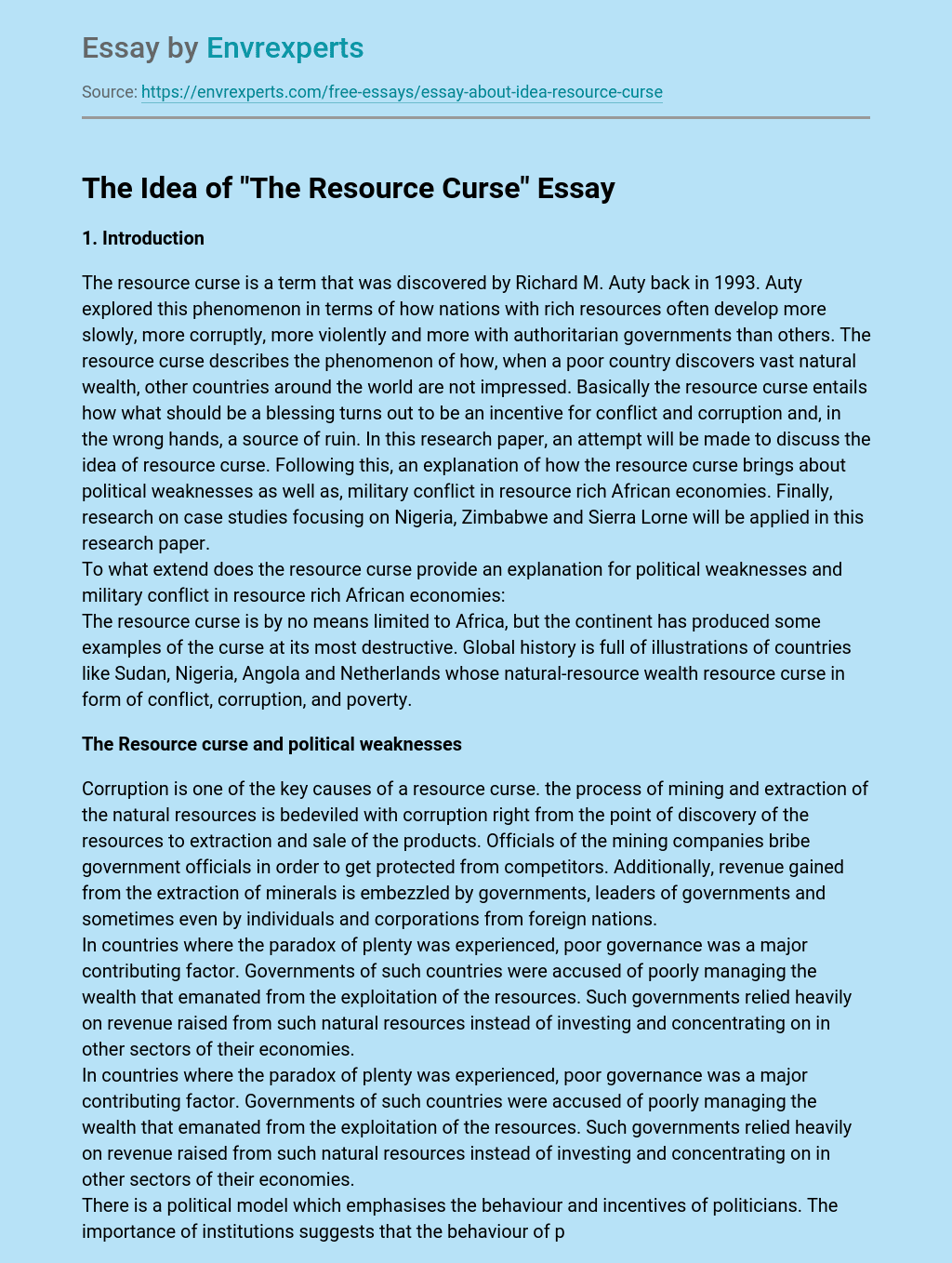