The Influence of European Union

At the time of the formation of the first States and international unions, their activity largely depended not only on the forms of its own internal state structure, but also on the organizational forms of interstate communication, when some United supranational bodies continue and complete the functional activities of internal state organizations. This influence is reflected to this day, increasing its role in the development of human existence, when people realized that only joint efforts can withstand such global, inter-ethnic problems of our time as environmental and technological security, organized crime, terrorism, limited natural resources, the international division of labor, the need for disarmament, etc.

Don’t waste time
Get a verified writer to help you with The Influence of European Union
Hire writer
$35.80 for a 2-page paper

Since the middle of the XX century, the world has increased the trend towards inter-state interaction. A common form of such interaction is an integration Association, which is defined in the constituent document as a group of States United to achieve a specific goal (or goals) by performing strategic tasks. In a state and international associations in which the individual plays a fundamental role in the political process, the attention paid by governments to the needs of the individual, rather than to an abstract social stratum, is one of the effective incentives to unite.

One of the most powerful and strategically important unions today is the European Union. It was an Association of 28 States whose main goal was to ensure the peace and prosperity of their citizens in an increasingly close Association based on common economic, political and social goals. Progress within the European Union has been achieved by creating a space without internal borders, strengthening economic and social integration, and establishing an economic and monetary Union.

The Influence of European Union. (2021, Oct 31). Retrieved from http://envrexperts.com/free-essays/essay-about-influence-european-union 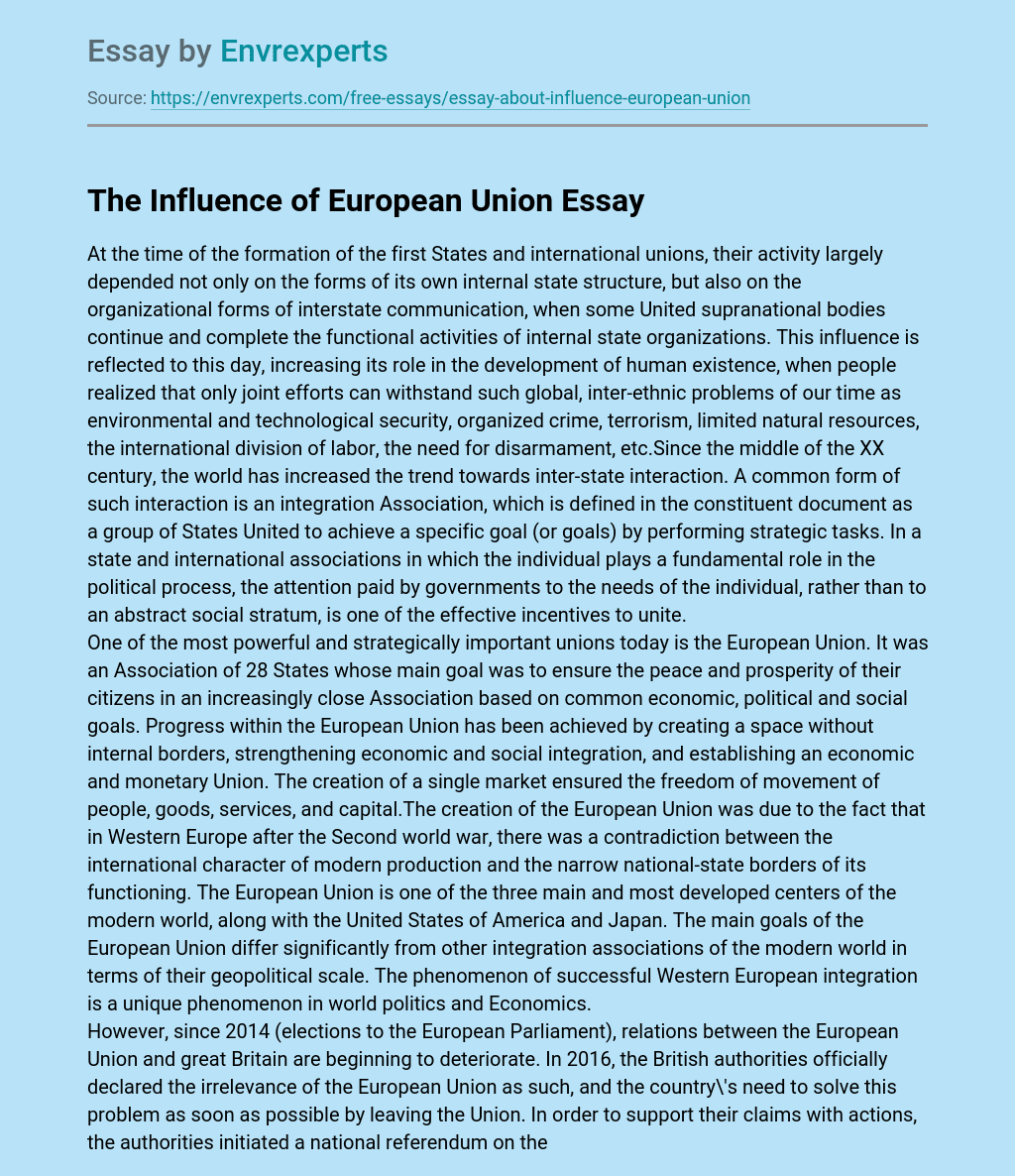