Don’t waste time
Get a verified writer to help you with Invasive Species of Great Lakes
Hire writer
$35.80 for a 2-page paper

For instance, Gobies were introduced by accident from ballast water ships, that were Europe\'s, in 1990. In less than a decade Round Gobies have made their ways to all five Great Lakes. Round gobies are a crucial part in the Lake Sturgeon’s diet. Lake Sturgeons are an endangered species. In this case, the Golbies are actually great for the ecosystem. Also, Zebra mussels were introduced in 1986.

Sea Lamprey are able to do this because they release an enzyme to prevent the blood from clotting. So, with that they are able to get the blood more efficiently. One con is that it’s extremely difficult to control the spread of invasive species when they are apart of the ecosystem. For example, Sea Lamprey are the worst invasive species in the Great Lakes. Sea Lamprey eat around 110 million pounds of fish each year. Control programs to prevent Sea Lamprey spend about $20 million per year. About $3 million is spent in chemicals. Another method that Control programs use is physical barriers to block the upstream migration to the sea. Traps are used to catch adult Sea Lamprey.

Another con is that most invasive species threaten human health and hurt the Great Lakes economy. They do this by damaging industries, fisheries, agriculture, and tourism. Invasive species damage industries by not having people come tour the Great Lakes and purchase souvenirs. For instance, if you go to the Great Lakes to have a fun time at the lake you aren’t going to want something coming up to you and biting you. Which makes people not want to come and that leads to people not purchasing things. That is also a way that affects tourism. Invasive industries affect fisheries by destroying native fish populations. Also, Sea Lamprey affect human health. They can affect human health by if they get attached to you it could suck the majority of your blood out.

Also, Asian carp are very invasive for the fish population. Catfish farms imported Asian carp around the 1970s to consume algae in ponds. Carps don’t eat other fish. In fact, they eat plankton, which carps out compete with native for food and habitat. They can eat up to ⅓ rd of their body weight. Female Carp can carry up to one million eggs in a lifetime. Which is a LOT of eggs. Carps root at the bottom of the lakes which causes pollution and reduce water quality, which is very bad for other fish. 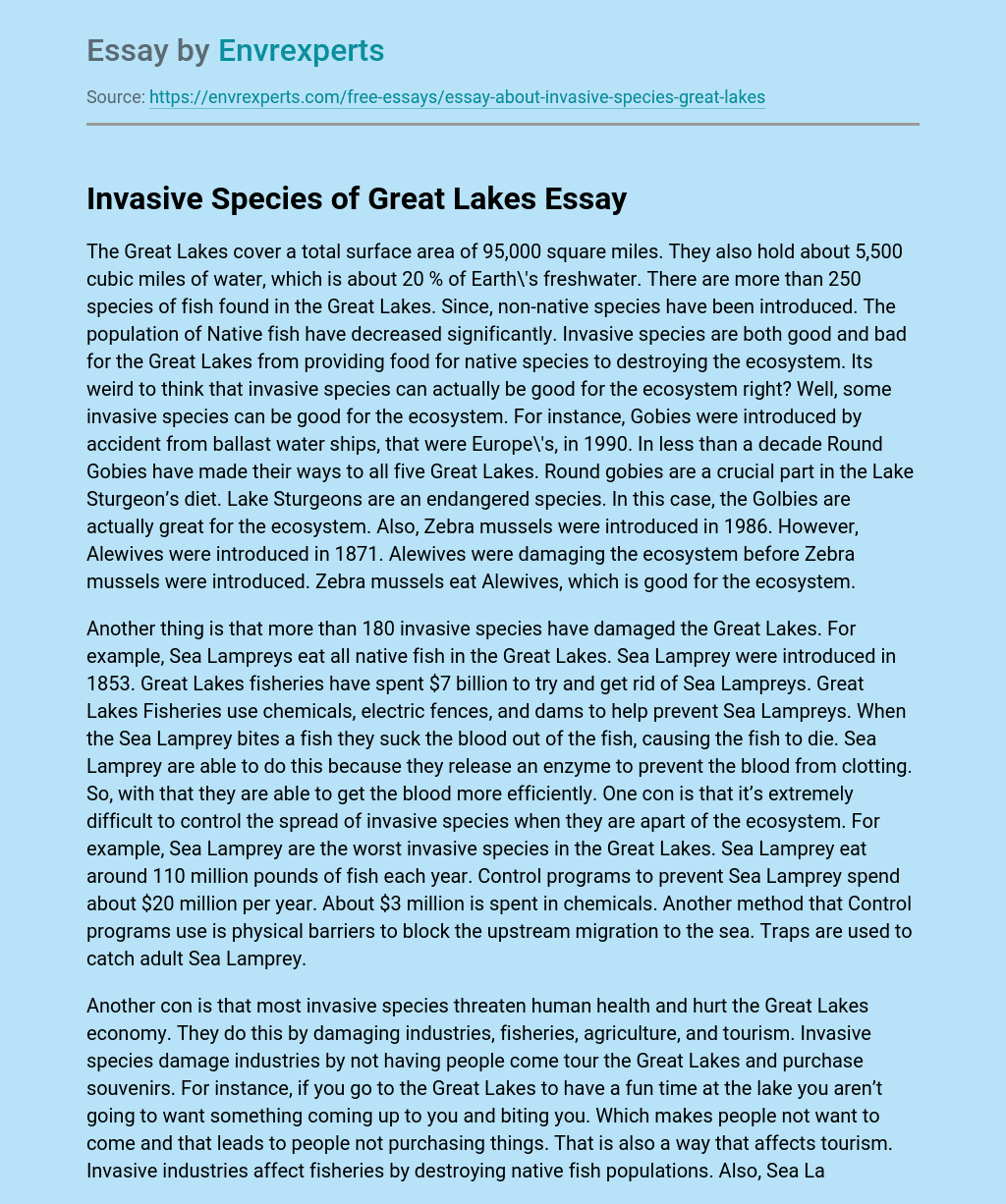