As the earth's powers continue to develop into a multipolar system, the world is faced with new issues that concern all countries and the people in them equally. Along with advances in technology, changes in the environment are beginning to cultivate. These changes are so rapid that concise action must be taken to fix the damage already done. In order to do this, a practical approach that is effective on an international scale must be implemented.

Don’t waste time
Get a verified writer to help you with Kyoto Protocol
Hire writer
$35.80 for a 2-page paper

This would mean reducing the amount of fossil fuels burned by learning to use energy more efficiently and switching to a non-polluting source such as wind, solar or wave power. In China for example, the air pollution is so thick that everyone must wear masks in order to breathe. Its' appearance resembles the dust bowl of the 1930s in the United States.

As earth's population continues to burn holes in the ozone layer, the planet will not only become warmer, but there will be many other adverse effects for all life on earth.

Ice and frozen soil holding structures will melt and collapse, many species will die off with the increased temperatures and rising water levels, air will be so polluted to the point where aerobic species may suffocate, and these are only some of the negative consequences.

As of 1998, the US federal government was the the largest consumer of the nations energy with 73% of that used by the Department of Defense (DOD) and 58% of the DOD's usage expended for military training and operations (Burnett 1998). Although Clinton made a promise that the government will lead by example when reducing GHG emissions, experts disagreed this would be possible (Burnett 1998). Lawrence Eagleberger, (former Secretary of State), James Schlesinger (former Secretary of Defense and Energy) and Frank Gaffney (former Undersecretary of Defense) agree that a cuts in GHGs made by the US military will severely reduce its effectiveness (Burnett 1998). The preceding mismanagement of the military caused congress to defy the Clinton Administration, but Undersecretary Sherri Goodman argued that there did not need to be an international treaty to solve a unilateral issue and that this was a matter of US sovereignty. 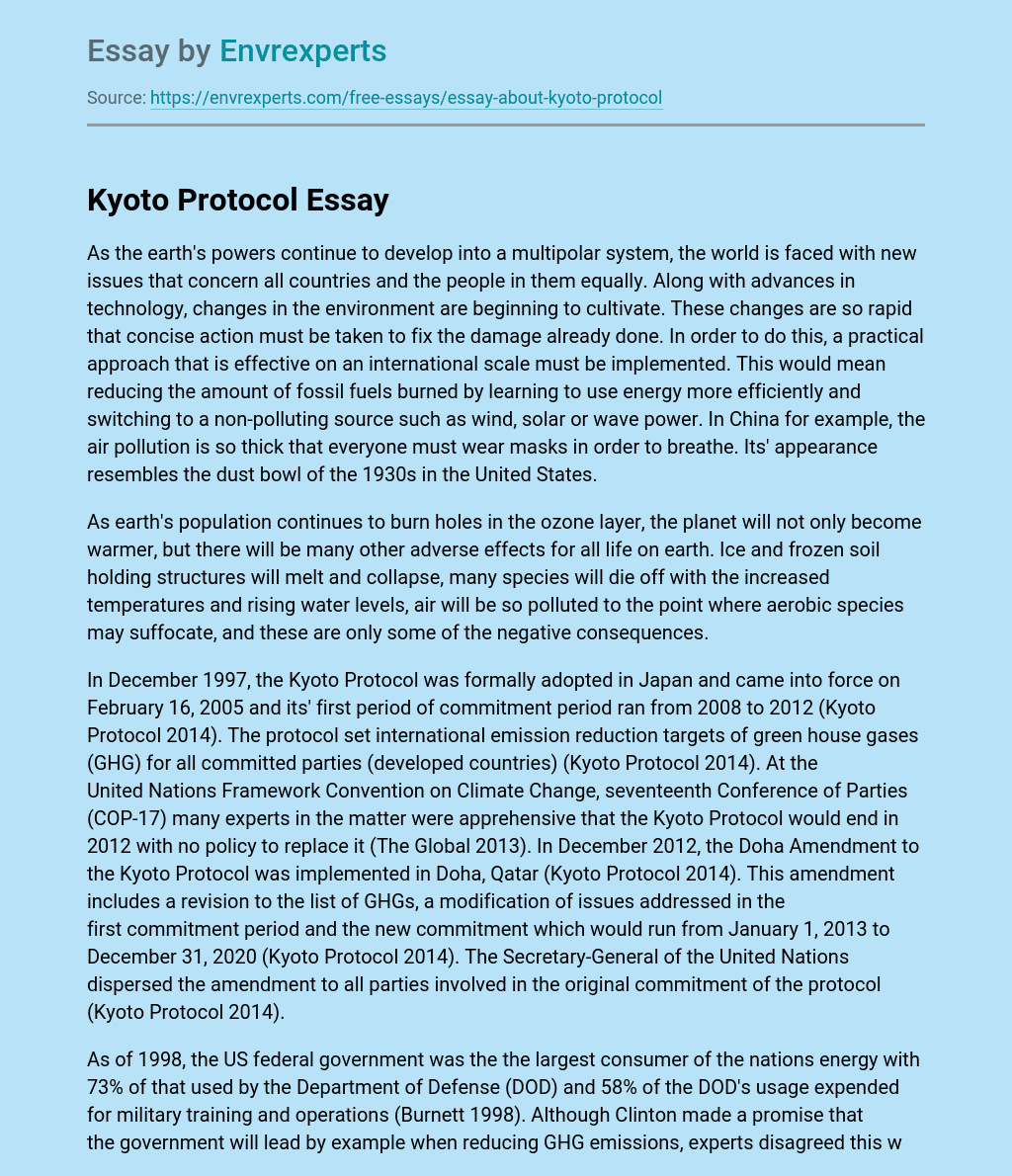