Have you ever wondered how to protect yourself from air pollutants or how to reduce it? Well air pollution has always existed. It was prevalent in History in 1930 as a fog in Meuse Valley in Belgium, the great smog of London (1952), New York smog (1950s and ‘60s) and many other occurrences. As human population, agriculture and modernisation increases air pollution also increases. It seems somewhat inevitable to some and to others it seems like something that can be further reduced.

Don’t waste time
Get a verified writer to help you with Physical health effects on human health caused by air pollluntants
Hire writer
$35.80 for a 2-page paper

Some people\'s mindsets are based on the statement that Air pollution is Bad! Terrible!! Or a silent killer!!! That’s the reason it hasn’t been given that much recognition by the public. Did you know that air pollutants, like fossil fuel particles, lead to a cut in the average lifespan of a person by 1.8 years approximately 2 years (Air pollution)? The American lung association estimates that 40% of the US population are at risk of premature death or risk of diseases due to air pollution.

Less than 20% of people in America are current smokers (Smoking in America) and 74.6% smoked every day (Burden) According to CDC, the life expectancy of smokers is 10 years shorter than that of a non-smoker (Tobacco). When looking at these two facts combined it shows that death would be very high in places with much pollution and smokers can have their life span cut by 12 years and that would be a bad thing for the economy. Air pollutants will escalate into something bad rather than good. 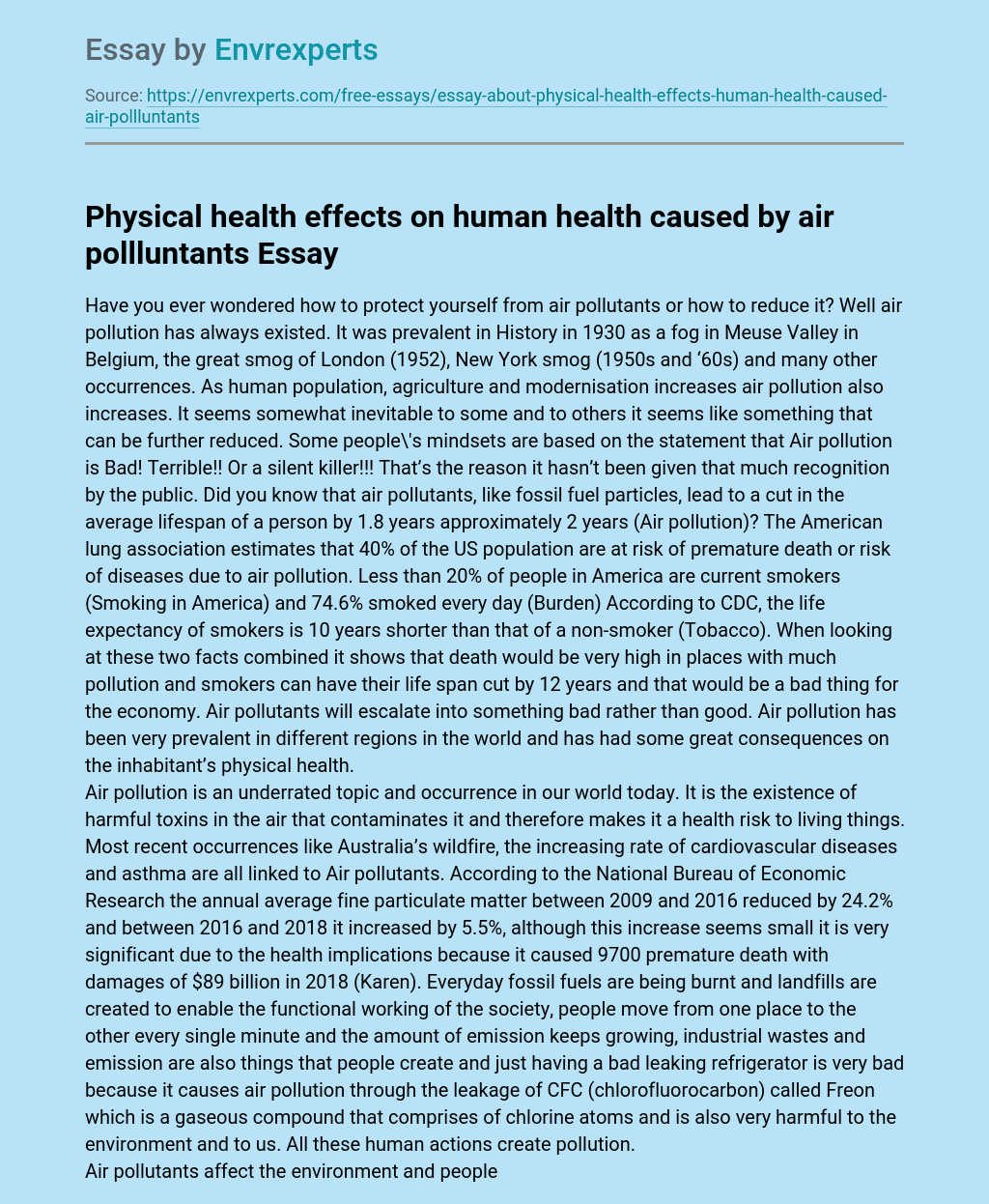