After about 3 months of transplantation, the plants are shifted to the shady area under natural conditions. The quantity of remaining chemicals that are discussed in the regeneration of plant via leaf discs remains same.

The fruit from the mature seeds or the leaf or stem of the plant are collected aseptically from the 2-3 months old plant that are sterilized with 70% v/v ethanol for 2-3 minutes and freshly prepared 0.1% w/v solution of HgCl₂ for about 15 minutes and 5 times with sterilized distilled water.

Don’t waste time
Get a verified writer to help you with Plants Growing Issues
Hire writer
$35.80 for a 2-page paper

5/1.0mg/I stimulated callus initiation only in leaf but not in stem. IAA when combined with BA not resulted fine for the initiation of callus. Only 2,4-D showed white colored callus but all other calluses are green in color. The number of somatic embryos obtained maximum in 1.0mg/I BA from stem explants but not from leaf explant. All stages of embryogenesis are observed on MS media within 20-25 days with 1.0mg/1 BA. During the 1st,2ndand 3rd subculture it is observed that rate of germination of SEs are significantly increasing but after 4th and 5th subculture it started decreasing and finally no SEs is shown on the medium of inoculation.

Multiple shoots are initiated on MS medium with 2.0mg/I BA in combination with 0.1mg/I IAA during the subculture of globular shaped SEs. Shoot elongation is achieved better on 0.1mg/I IAA as compared to the combination of 0.5mg/I BA and 0.1mg/I IAA, and 1.0mg/I IBA and 0.1mg/I IAA. The result of protocol of culture is considered to as a good potential for the mass propagation of A. Indica in batch culture for probing somatic embryo.

Flower buds are collected from an elite A. Indica tree and are than sterilized with sterile distilled water and sterilizing chemicals. Anthers having uni-nucleate stage of microspore on the medium to raise the haploid of the plant, it is done because at this stage the walls of microspore are thin and it becomes easy to divert the development mode i.e. from gametophytic to sporophytic. MS medium supplemented with BAP, NAA and 2,4-D induced maximum callusing as compared to other combinations of growth regulators. 12% sucrose supplemented with growth regulators in the medium was found to be better for the induction of callus. The callus initiation is started after 4 weeks and by the end of eighth week well grown callus is observed. 12% sucrose is also tested with NLN and B₅ basal media. On MS medium growth callus is excellent and are fresh, soft, friable and cream in color while on NLN media the callus is dark brown, friable and the growth is less as compared to that of MS medium and B₅ medium shows no effect for the initiation of callus. Best response for the pre-treatment of callus is found to be on 25°C followed by one day pre-treatment at 12°C and 4°C as temperature higher than 25°C have adverse effect on callus, therefore, induction of callus are conducted on MS medium and temperature is maintained at 25°C. there are various factors that plays vital role in induction of callus, some of them are genotype, environmental conditions, physiological status of the donor plant, stages of development of microspore, pre-treatment of anther, culture media, carbon source and its concentration. Conditions of culture play a key role in induction of androgenesis. Best response is observed on MS+2,4-D(1µM) + Kn(10µM) followed by MS+2,4-D(0.5µM) + Kn(4.5µM) and MS+2,4-D(0.5µM). MS+2,4-D(0.5µM)+Kn(4.5µM) served as the best source as it gives maximum percentage of regenerating cultures.

Regeneration of shoot is achieve maximum on two combinations i.e. MS+BAP(2.5µM)+IAA(5µM)+CH(500mg/lt) and MS+BAP(2.2µM)+NAA(0.5µM). In the former medium the callus turn bright green first and after this compact nodular structure is differentiated into buds of shoot after six weeks. About 27.8% cultures form 4.5 shoot-buds per explants on this combination. To achieve better shoot-bud proliferation a two step procedure is followed, i.e., the calli from medium of multiplication is first transferred to high BAP (22µM) and low NAA(0.5µM) in medium for 12 weeks and then afterwards transfer to 10 times lower concentration of BAP(2.2µM)+NAA(0.05µM). Via this procedure 98.5% cultures form an average of 8.5 shoot-buds per explants after six weeks. As the growth of shoots is not attained so much on regeneration medium, so small sized shoots are excised and pre-treated with 3µM GA₃ for 14 days and is then transferred to BAP with low concentration of 0.5µM, by this method shoots attained a length of about 4.5cm with 4 nodes on each shoots after 6 weeks. Farther, media supplemented with BAP(1.0µM) along with CH(250mg/lt) shoot multiplication via axillary shoot proliferation and culturing single nodal segment, shoots grew about 6cm with six nodes on each shoot at the end of six weeks. For the process of rooting, terminal portions, approximately 3cm long, of shoots is excise and is then transfer to MS medium supplemented to IBA(0.5µM) and the remaining portion is utilized for the culture and multiplication of nodal segment. The initiation of root takes place in three weeks from the cut of basal end of shoots directly and at the end of six weeks 100% culture is developed i.e. an average of 10 roots per shoot. About 40% plants maintained their haploid state and rest of the plants are in diploid state.

MEDICAL PROPERTIES AND BIOLOGICAL ACTIVITIES OF A. INDICA

Apart from a large number of compounds are isolated from various parts of neem, a few of them are used for treating disease as well as are used as biopesticides, secondary metabolites, pharmalogical, biological and also for other activities.

Nimbidin, a bitter crude principle extracted from the oil of seed kernels of neem has several biological activities. Tetranortriterpenes that includes nimbinin, nimbin, nimbidinin, nimbolide and nimbidic acid are isolated form nimbidin. Nimbidin possesses various biological activities such as anti-inflammatory, anti-arthritic, anti-pyretic, anti-gastric ulcer, spermicidal, anti-fungal, diuretic, anti-bacterial and hypoglycaemic. Sodium nimbidate is anti-inflammatiry in nature. Anti-ulcer effect of nimbidin is used to prevent acetylsalicylic acid, indomethacin, stress or serotonin induced gastric lesions alongwith histamine and cysteamine-induced duodenal ulcers. It can also used to suppress basal and histamine and carbachol-stimulated gastric acid. It may also act as anti-histamine by blocking the receptors of H₂. Nimbin inhibits the growth of Tinea rubrum, thus acting as anti-fumgal in natyre. It can also inhibit the growth of M. tuberculosis in invitro, therefore it is found to be anti-bacterial in nature. Nimbolide shows anti-malarial activity by inhibiting the growth of P. falciparum, also act as anti-bacterial against S. aureus and S. coagulase. Azadirachta isolated from seeds of neem is highly oxygenated C-seco-meliacins, possesses strong anti-feedant as well as inhibits the development of malarial parasites. Gedunin from seed oil of neem possesses anti-fungal as well as anti-malarial activity. Mahmoodin also isolated from seed oil is a deoxygedunin that has moderate anti-bacterial activity against few strains of human pathogenic bacteria. Out of gallic acid, (+)gallocatechin,(-)epicatechin,(+)catechin and apigallocatechin isolated from condensed tannins from bark, catechin, epicatechin and gallic acid are responsible for inhibiting the chemiluminescence generation by activating the Human Polymorphonuclear Neutrophil(PMN) indicates that these compounds inhibits PMN oxidative burst during inflammation. Margolone, margolonone and iso-margolonone, three cyclic diterpenoids extracted from the neem stem bark are active against Staphylococcus, Serratia and Klebsiella species. Cyclic sulphur consisting compounds, trisulphide and tetrasulphide from leaves by steam distillation method have anti-fungal activity against T. mentagrophytes. Water-soluble polysaccharides GIa and GIb from bark of tree have strong anti-tumor effect. GIIa and GIIIa are also polysaccharides that show anti-inflammatory effect.

MEDICAL USE OF VARIOUS PARTS OF PALNT

Traditionally various parts of plant have been used in ayurvedic medicinal form. The leaf, bark and fruit are especially utilized as medicine. Leaf and bark extract and oil of neem plant have been used therapeutically to control intestinal helminthiasis, leprosy, constipation and respiratory disorders and also for the treatment of indolent ulcer, rheumatism and chronic syphilitic sores. Various skin infections can be controlled by using neem oil. All together, bark, leaf, fruit, root and flower can cure itching, skin ulcers, pthysis, blood morbidity, biliary afflictions and burning sensations. Leaf is used for leprosy, eye problem, epistaxis, anorexia, intestinal worms, skin ulcers and biliousness. Bark of stem is considered to treat analgesic and alternative or curative for fever. Fruit of the plant is used therapeutically for intestinal worms, urinary disorder, epistaxis, eye problem, diabetes, phlegm, relieves piles, wounds and leprosy. Flower suppresses piles and helps in elimination of intestinal worms and phlegm. Seed pulp as well as oil of seed is used against leprosy and intestinal worms. Twig of neem is used to relieve cough, asthma, piles, phantom tumor, intestinal worms, diabetes, spermatorrhoea and obstinate urinary disorder. Neem gum is also helpful and effective use against skin diseases such as scabies, wounds, ulcers and ring-worms.

Although apart from these uses there are several reports on pharmacological and biological activities of neem that are based on modern scientific investigations. These are as follows:- Anti-inflammatory, anti-pyretic and analgesic activities:- Bark extract is used to cure inflammatory stomatitis in children and chloroform form the bark of stem is effective against carrageenin-induced paw oedema in inflammation of mouse and rat ear. In male rabbits, methanol extract of leaves exerts anti-pyretic activity. Anti-ulcer effect:- Aqueous extract of neem leaf exhibits anti-ulcer effect in rats exposed to restraint-cold stress and ethanol orally by preventing depletion of mucus and degranulation of mast cells. Neem bark aqueous extract possess highly potent antacid secretory and anti-ulcer activity. Immunostimulant activity:- Human serum can be activated by alternative as well as classical pathway with the help of aqueous extract of neem bark that possesses anti-complement activity. After three weeks of oral administration of leaf extract causes higher IgM and IgG levels along with increase in anti-ovalbumin antibody. Neem oil possesses immunostimulant activity that acts selectively by activating the cell-mediated immune response. Hypoglycaemic activity:- Extract of neem leaves decreases level of blood sugar and prevents adrenaline as well as hyperglycaemia. 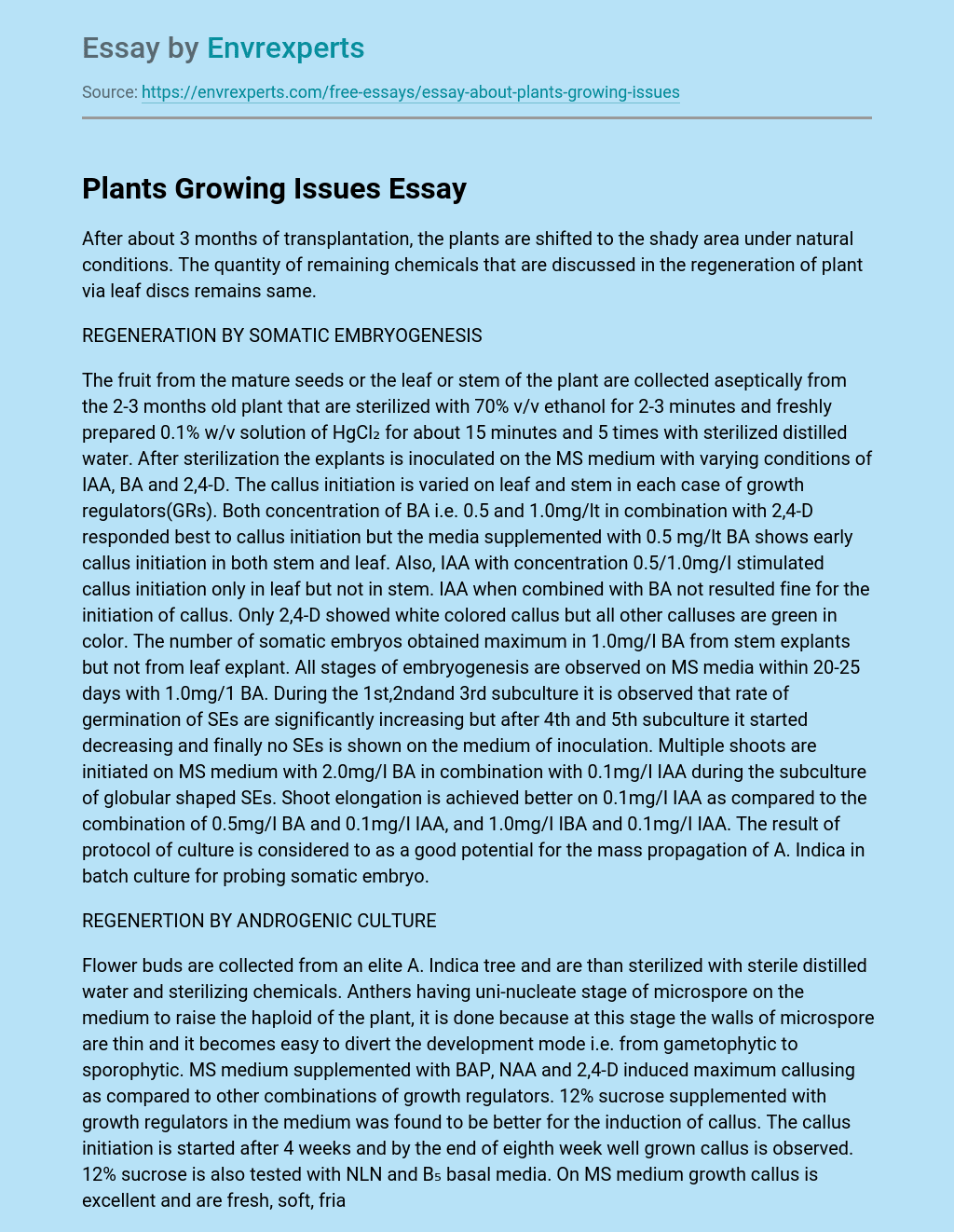