Population and Nature of Sri Lanka

Sri Lanka is my home. I and my family live in the tropical rainforests of Colombo, located in southwest Sri Lanka and is the country’s most populated city. I have relatives across Sri Lanka as well. Some found home in North, North Central, and Eastern part, while the other members preferred to stay in mountain altitudes. Well, others could say that our place is kind of different from where my other relatives are. Our place is called a “wet zone”, because among all the islands around us, we are the only region who receives an annual rainfall twice than usual (New England Primate Conservancy, n.

Don’t waste time
Get a verified writer to help you with Population and Nature of Sri Lanka
Hire writer
$35.80 for a 2-page paper

d.). We may have different preferences in where we want to stay, but one things common: we often choose places where there are a near source of permanent water (Dilmah Conservation, n.d.).
According to Dilmah Conservation (n.d.), generally, the color of our coat in our body and limbs is brownish-black, while our whiskers varies from white to pale brown.

Though for newborns this is not the case; in fact, it is the opposite. If we have brownish-black coat, they have a pale grey one with an additional touch of brown in their crown, arms, legs, and chest. Also, contrary to most beliefs, we actually have a brown face not a purple one. But if you ask me what makes my family different from my relatives, I would say that we are lighter and more gray-brown than the others, and our rump patch is actually in the spectrum of silvery gray.

Population and Nature of Sri Lanka. (2021, Oct 31). Retrieved from http://envrexperts.com/free-essays/essay-about-population-and-nature-sri-lanka 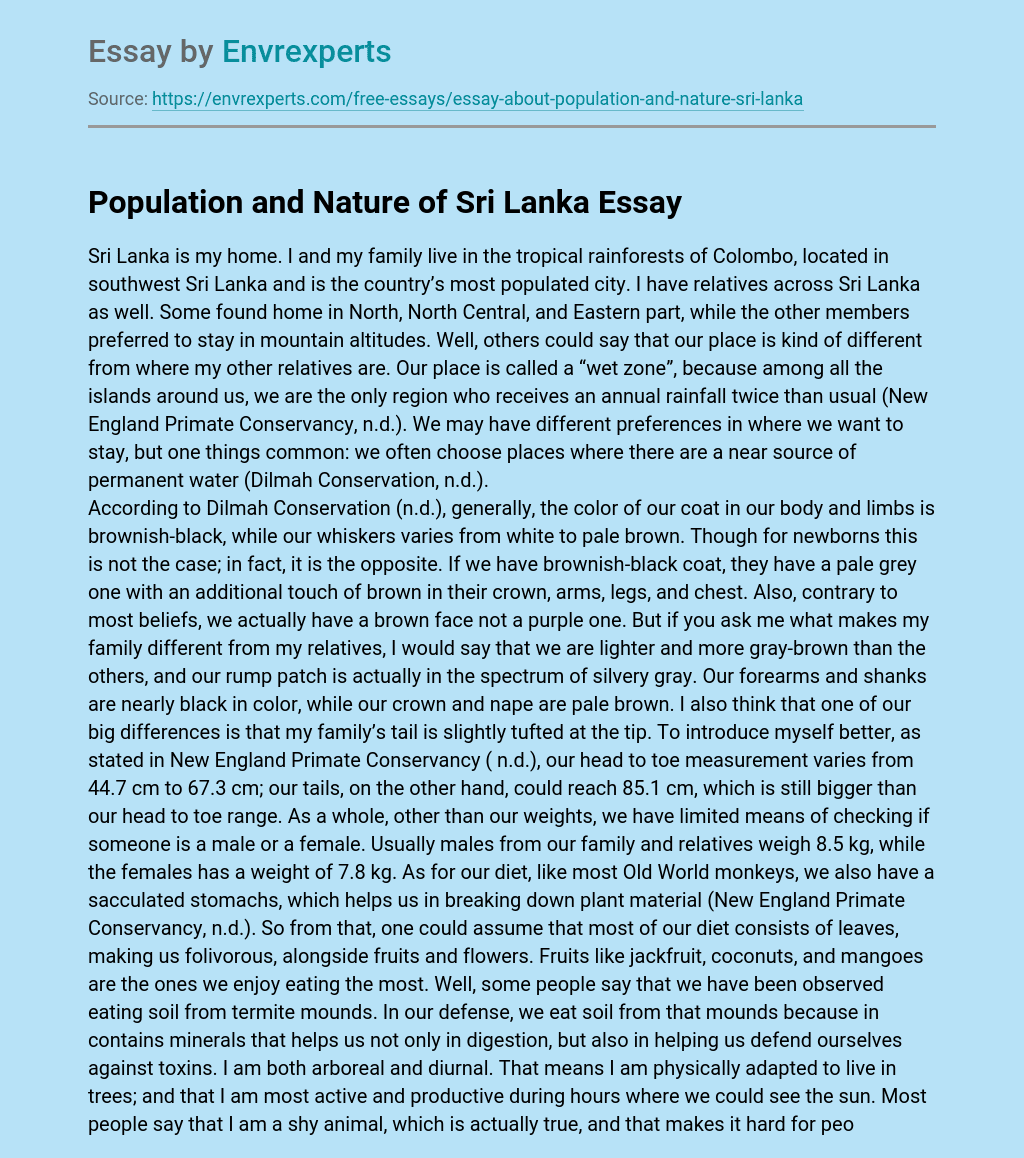