First of all, Parks Canada’s Conservation and Restoration (CoRe) program addresses many issues that are related to the conservation of biodiversity and healthy ecosystem on the Earth. It plays an essential role in protecting wildlife, tackling climate change, and it conserves the species at danger (Government of Canada, 2018). The forest of Terra Nova National Park is located on the east coast of Newfoundland and Labrador. It was established in 1957 and was the first National Park in Newfoundland. Parks Canada selected Terra Nova National Park as it is an outstanding example of the eastern Atlantic natural region.

Don’t waste time
Get a verified writer to help you with Regenerating the Forest of Terra Nova National Park
Hire writer
$35.80 for a 2-page paper

It was also chosen to be National Park more than a half-century ago to protect its unique Boreal forest &amp; wildlife species that call Terra Nova home (Terra Nova brochure, 1970). It is a popular area for tourism because of its characteristics coastal landscape, abundant forest, and one can experience first-hand of the riches of the land and seashore. Even of its natural beauty, Terra Nova National Park faces many challenges, including moose population, fire forest, and some species face extinction due to global warming, ozone depletion, invasive species &amp; irregular human activities (Parks Canada, 2019).

The structure of the forest was changing due to the increasing number of moose &amp; fire. Firstly, between 1878 and 1904, moose were introduced to the island of Newfoundland after that population of moose increased in the Terra Nova National park predator-free environment. Two particular factors that help to the successful growth of moose population: 1) in 1932, the only wild predators of moose in Newfoundland, the wolf, became extirpated. 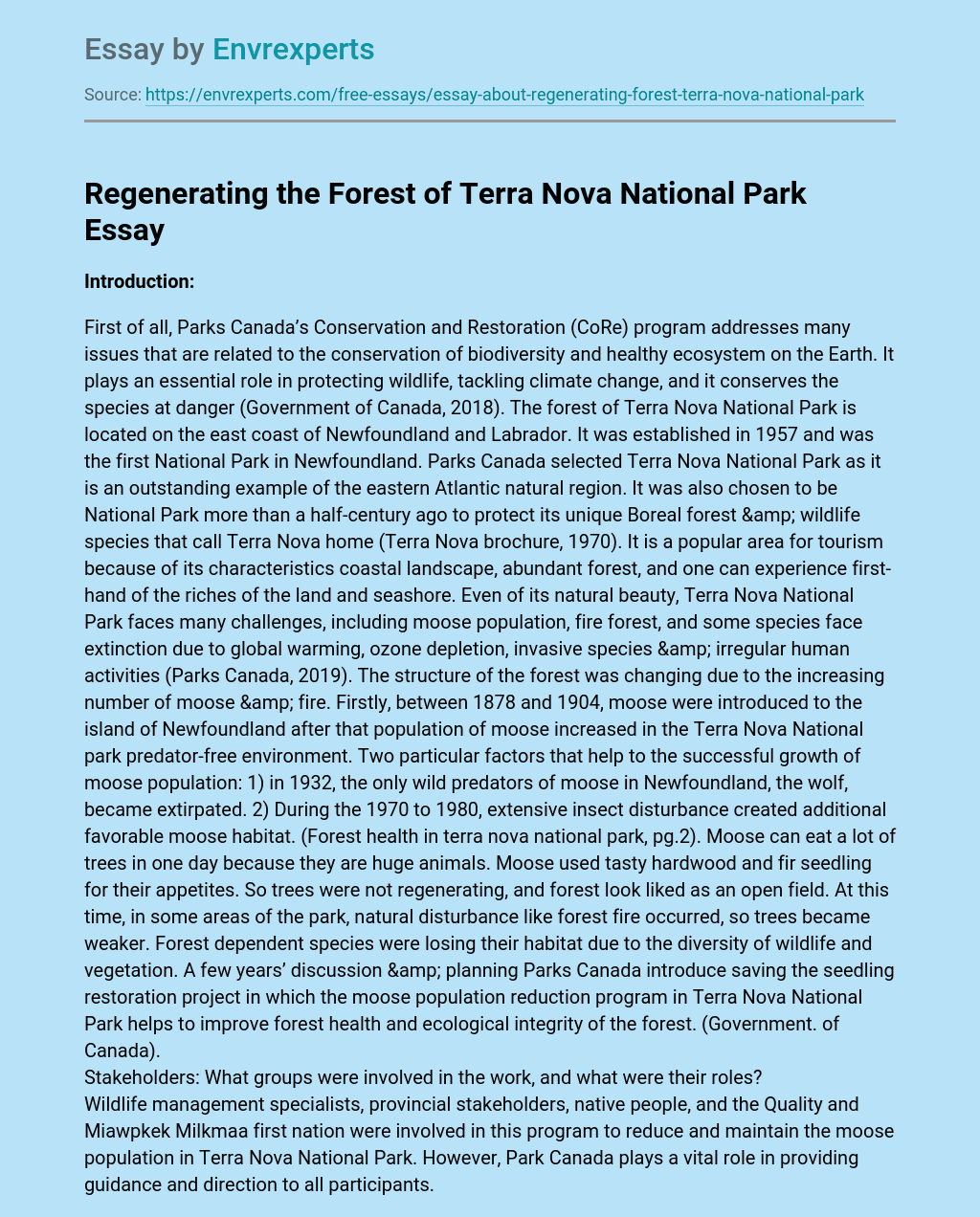