Fossil fuel is an encompassing term that is used when referring to deposits organic materials that is formed from decomposed animals and plants. Fossil fuel can be of three forms that are, coal, natural gas, and oil. Most companies that deal with fossil fuels specifically focuses on the above-mentioned forms of fossil fuel. For this paper, I researched about Arch Coal Company, which is a United States based company that is among the world's major coal producers and marketers. Arch has mining complexes at every coal supply basin in the United States and represents 14 percent of coal supply in America.

Don’t waste time
Get a verified writer to help you with A Research on Arch Coal Company, an American Fossil Fuel Company
Hire writer
$35.80 for a 2-page paper

They run an enormous domestic reserve base which contributes to above 5 billion tons with their mining complexes found in Illinois, Kentucky, West Virginia, Wyoming, Maryland and Colorado where all these comprises the 21 coal mines Arch operates.

Arch Coal Company is one of the Americas most politically active contributors forcampaign funds. As it can be seen from research studies, American corporations spend a combined 5.

8 billion USD on federal lobbying and campaign contributions. In return, these corporations get almost 4.4 trillion USD through federal business and support. As for Arch, it contributed 416,075 USD in the year 2013-2014 for political campaigns. Like other coal companies, Arch Coal Company has supported Republicans in each of the past ten election cycles while giving only 12% of the donations to Democrats in the 2008 election cycle.

Arch Coal Company has inputted a lot of lobbying efforts in its operation through funding government or politicians as it can be seen from existing statistics that Arch contributed 1,770,000 USD in the year 2014 for the purpose of lobbying.

It is evident also from the 416,075 USD that the company donated to political campaigns also served lobbying purposes. The company executives encourage lobbying through their decision-making process in order to 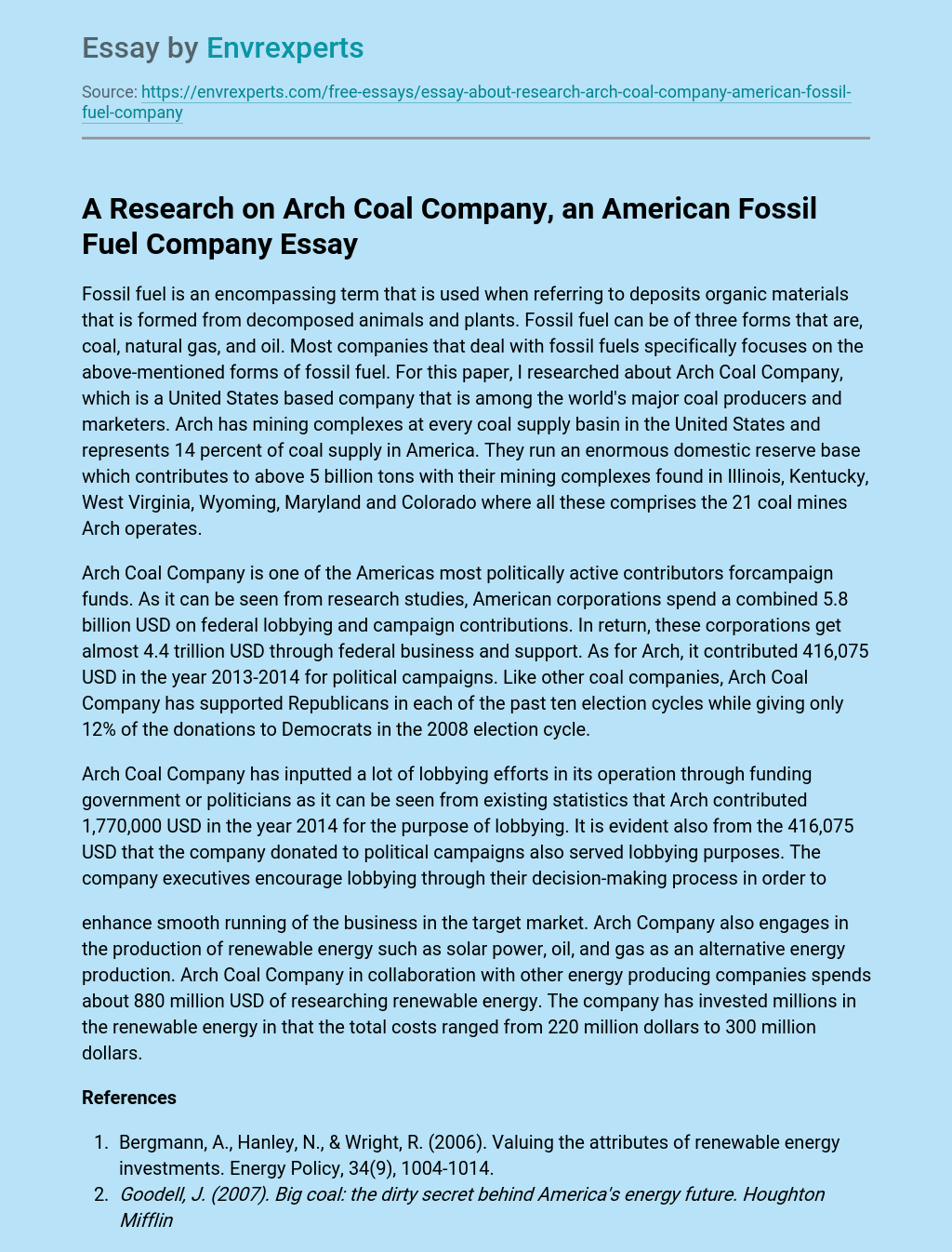