The paper presents alternatives that may be adopted to address challenges of organic solar cells.

Organic solar cells are photovoltaics that use organic electronics. These type of cells are made up of the first and the second electrodes, electron transport, photoactive and hole transport layers. The general principle behind the working of solar cells is the absorption of light, which leads to the holes and electrons to be created.

The created holes and electrons are then separated from each other, and this results in the production of electrical power at the contacts of the solar cells. The difference between organic and inorganic solar cells is based on the working principles. While in inorganic solar cells, free charge carries are directly generated, this is not the case in organic solar cells. In the later type of cells, there is light absorption which leads to the creation of excitons with binding energy typically ranging between 0.3 to 0.5 eV [2].

This kind of solar cells makes solar cells cheaper. The whole process idea is that planar waveguides with a thin-film organic coating on the face and organic solar cell attached to the edges. VPD provides a better way of controlling the structure and the morphology of the film. Solar cells fabricated using VPD have higher short-circuit current density than cells fabricated using other methods such as VTE (Vacuum thermal evaporation) [3].

The main challenges associated with organic solar cells is that they require to be encapsulated and experience significant photo degradation. These cells are typically encapsulated using Ethylene Vinyl Acetate (EVA). The reason for using EVA is because it is hard wearing, transparent, does not corrode and is inflammable [2]. The challenge of encapsulating organic solar cells arises from the vacuum lamination process that is involved when the EVA is sandwiched between two sheets of glass. Apart from increasing the overall weight of the solar panel, a gap is left between the glass sheets at the edges. This gap gives room for moisture and gas to enter the photoactive layers thus making the cells degrade. Encapsulating the solar cells requires more energy and material increasing the overall production of the solar panels. Additionally, so far, no technology has been developed to automate solar cell encapsulation, and this makes the whole process time consuming [4].

Comparing the thickness of organic solar cells and the inorganic type, organic solar cells are thinner; the structure that makes them suffer photo degradation the most. Normally a thin film (interfacial film) is stack between several layers to absorb light and convert it to electrical power. If these interfacial films are not processed immediately, their ability to convert light energy to electrical energy declines [4]. 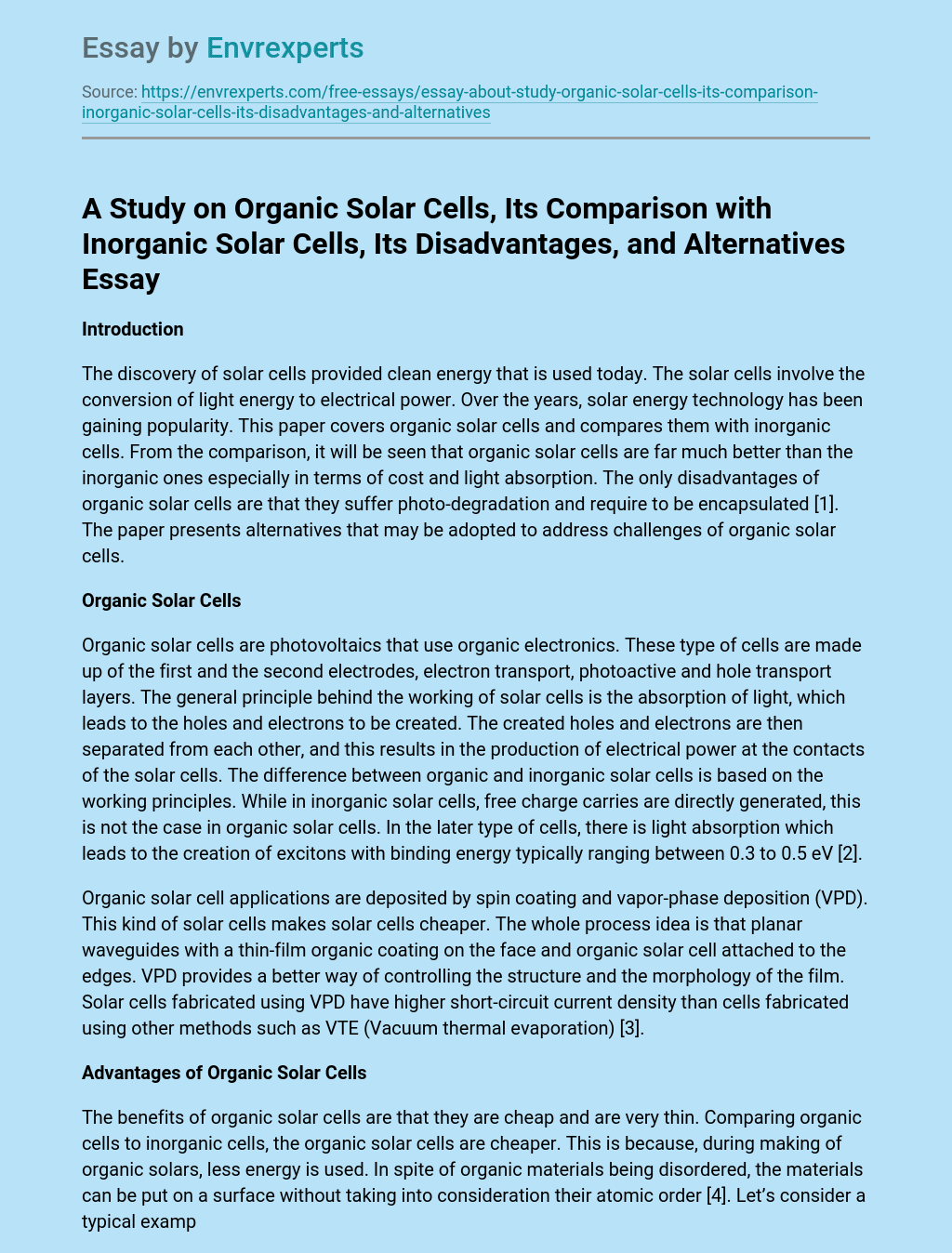