WHAT IS WATER POLLUTION?

This widespread problem of water pollution is jeopardizing our health. Unsafe water kills more people each year than war and all other forms of violence combined. Meanwhile, our drinkable water sources are infinite. Less than 1 percent of the earth’s freshwater is actually accessible to us. Without action the challenges will only increase by 2050, when global demanded by one-third greater than it is now.
Water pollution occurs harmful substances like chemicals or microorganisms contaminate a river, lake, ocean, aquifer, or other body of waters degrading the water quality and rendering it toxic to humans or the environment.

Don’t waste time
Get a verified writer to help you with Water Pollution: Causes and Solution
Hire writer
$35.80 for a 2-page paper

WHAT ARE THE CAUSES?

Water is uniquely vulnerable to pollution, known as “universal solvent” water is able to dissolve more substances than any other liquid on earth.
Sewage: Sewage disposal affects people’s immediate environments and leads to water-related illnesses such as diarrhoea that kills 3-4 million children each year. In developed countries, most people have flush toilets that take sewage waste quickly and hygienically away from their homes.

Yet the problem of sewage disposal does not end there. When you flush the toilet, the waste has to go somewhere and, even after it leaves the sewage treatment works, there is still waste to dispose of. Sometimes sewage waste is pumped untreated into the sea.
Industrial waste-Industries produce a huge amount of waste which contains toxic chemicals and pollutants which can cause air pollution and damage to us and our environment. They contain pollutants such as lead, mercury, sulphur, asbestos, nitrates, and many other harmful chemicals.

Many industries do not have a proper waste management system and drain the waste in the fresh water which goes into rivers, canals and later into the sea. The toxic chemicals have the capability to change the color of water, increase the number of minerals, also known as eutrophication, change the temperature of water and pose a serious hazard to water organisms.

The burning of fossil fuels

Fossil fuels like coal and oil when burnt produce a substantial amount of ash in the atmosphere. The particles which contain toxic chemicals when mixed with water vapor result in acid rain. Also, carbon dioxide is released from the burning of fossil fuels which result in global warming.

An increase in earth’s temperature due to the greenhouse effect results in global warming. It increases the water temperature and results in the death of aquatic animals and marine species which later results in water pollution.
Water pollutants also include both organic and inorganic factors.
Organic factors include volatile organic compounds, fuels, waste from trees, plants etc. Inorganic factors include ammonia, chemical waste from factories, discarded cosmetics etc. The water that travels via fields is usually contaminated with all forms of waste inclusive of fertilizers that it swept along the way. This infected water makes its way to our water bodies and sometimes to the seas endangering the flora, fauna and humans that use it along its path.
The current scenario has led to a consciousness about water preservation and efforts are being made on several levels to redeem our water resources. Industries and factory set up’s are restricted from contaminating the water bodies and are advised to treat their contaminated waste rainwater harvesting through filtration methods. People are investing in projects to collect rainwater and preserve it in wells below ground level.
Water Pollution is common, and is an area of high alert. Water needs to be preserved and respected today, for us to live a tomorrow.

How can we stop water pollution?

There is no easy way to solve water pollution; if there were, it wouldn\'t be so much of a problem. Broadly speaking, there are three different things that can help to tackle the problem—education, laws, and economics—and they work together as a team.

Making people aware of the problem is the first step to solving it. In the early 1990s, when surfers in Britain grew tired of catching illnesses from water polluted with sewage, they formed a group called Surfers Against Sewage to force governments and water companies to clean up their act. People who\'ve grown tired of walking the world\'s polluted beaches often band together to organize community beach-cleaning sessions. Anglers who no longer catch so many fish have campaigned for tougher penalties against factories that pour pollution into our rivers. Greater public awareness can make a positive difference.

One of the biggest problems with water pollution is its transboundary nature. Many rivers cross countries, while seas span whole continents. Pollution discharged by factories in one country with poor environmental standards can cause problems in neighboring nations, even when they have tougher laws and higher standards. Environmental laws can make it tougher for people to pollute, but to be really effective they have to operate across national and international borders. This is why we have international laws governing the oceans, such as the 1982 UN Convention on the Law of the Sea (signed by over 120 nations), the 1972 London (Dumping) Convention, the 1978 MARPOL International Convention for the Prevention of Pollution from Ships, and the 1998 OSPAR Convention for the Protection of the Marine Environment of the North East Atlantic. The European Union has water-protection laws (known as directives) that apply to all of its member states. They include the 1976 Bathing Water Directive (updated 2006), which seeks to ensure the quality of the waters that people use for recreation. Most countries also have their own water pollution laws. In the United States, for example, there is the 1972 Clean Water Act and the 1974 Safe Drinking Water Act.

Most environmental experts agree that the best way to tackle pollution is through something called the polluter pays principle. This means that whoever causes pollution should have to pay to clean it up, one way or another. Polluter pays can operate in all kinds of ways. It could mean that tanker owners should have to take out insurance that covers the cost of oil spill clean-ups, for example. It could also mean that shoppers should have to pay for their plastic grocery bags, as is now common in Ireland, to encourage recycling and minimize waste. Or it could mean that factories that use rivers must have their water inlet pipes downstream of their effluent outflow pipes, so if they cause pollution they themselves are the first people to suffer. Ultimately, the polluter pays principle is designed to deter people from polluting by making it less expensive for them to behave in an environmentally responsible way.

Water in 11 Haryana districts unsuitable for drinking: CGWB report
CHANDIGARH: According to a report by the Central Ground Water Board (CGWB), ground water in most of the area in 11 districts of southern and western Haryana is unfit for consumption. The reason for this is salinity or high concentration of nitrate or fluoride.
According to the CGWB report, worst hit districts are Bhiwani, Fatehabad, Jhajjar, Mewat and Sirsa. As many as 70% of samples drawn from wells and hand pumps in these districts failed the test as chemical parameters were higher than permissible limits.
In five other districts, Faridabad, Gurugram, Hisar, Mahendergarh, and Rewari, 30% to 50% water has potable quality as per the Bureau of Indian Standards (BIS) 2012. The report was finalized in September, 2016 for the years 2015-16 and is based on BIS 2012 norms. Parametres to evaluate suitability of drinking water were salinity, nitrate, sulphate, flouride, hardness and alkalinity.
According to CGWB report findings, groundwater in these districts is not only unsuitable for drinking but also for irrigation. Prepared by the north-western region of CGWB, the report has stated that Ambala, Jind, Kaithal, Karnal, Kurukshetra, Palwal, Panipat, Panchkula, Rohtak, Sonepat and Yamunanagar have more than 50% water fit for human use.
The salinity of water is checked through its electric conductivity, where low conduction (measured in microsiemen per centimetre or µS/cm) shows low salinity. The report said low salinity (3,000 µS/cm) salinity were found scattered in Bhiwani, Faridabad, Gurgaon, Hisar, Jhajjar, Kaithal, Mahendergarh, Mewat, Palwal, Rewari, Rohtak, Sirsa and Sonepat districts.
According to the findings, high ground water salinity of these areas may be caused by natural concentration of salts as there was more evapo-transpiration than precipitation (semi-arid climatic conditions) and lack of drainage. Among anions, carbonate, though generally absent in ground water samples, is found in a significant number of water samples.
Mewat has been found to be worst affected, as salinity, high sulphate, chloride and hardness of water are at an alarmingly high level. While preparing the report, the CGWB team collected samples mostly from open dug wells and hand pumps, which were fully or partially in use.
S K Jain, CGWB regional director in Chandigarh said while preparing the report, their team collected samples mostly from open dug wells and hand pumps, which were fully or partially in use.
Manpal Singh, engineer-in-chief, Haryana department of public health and engineering said they were aware of contamination of groundwater in various districts of Haryana and water distribution had been planned accordingly. “As far as possible, we are supplying surface water in areas where groundwater is not potable. In areas where deposition of various elements is within permissible limit in the groundwater, we are supplying water through tubewells,” Singh said.
Dr Satyabir Chaudhary, former Haryana director general of health services, said prolonged use of contaminated water may cause bone related diseases and cancer.
Suman Mor, an assistant professor from department of environmental studies, Panjab University Chandigarh, said there were some geological and man-made factors, including uses of pesticide or industrial waste responsible for the contamination of groundwater and same could be reduced by recharge of groundwater. 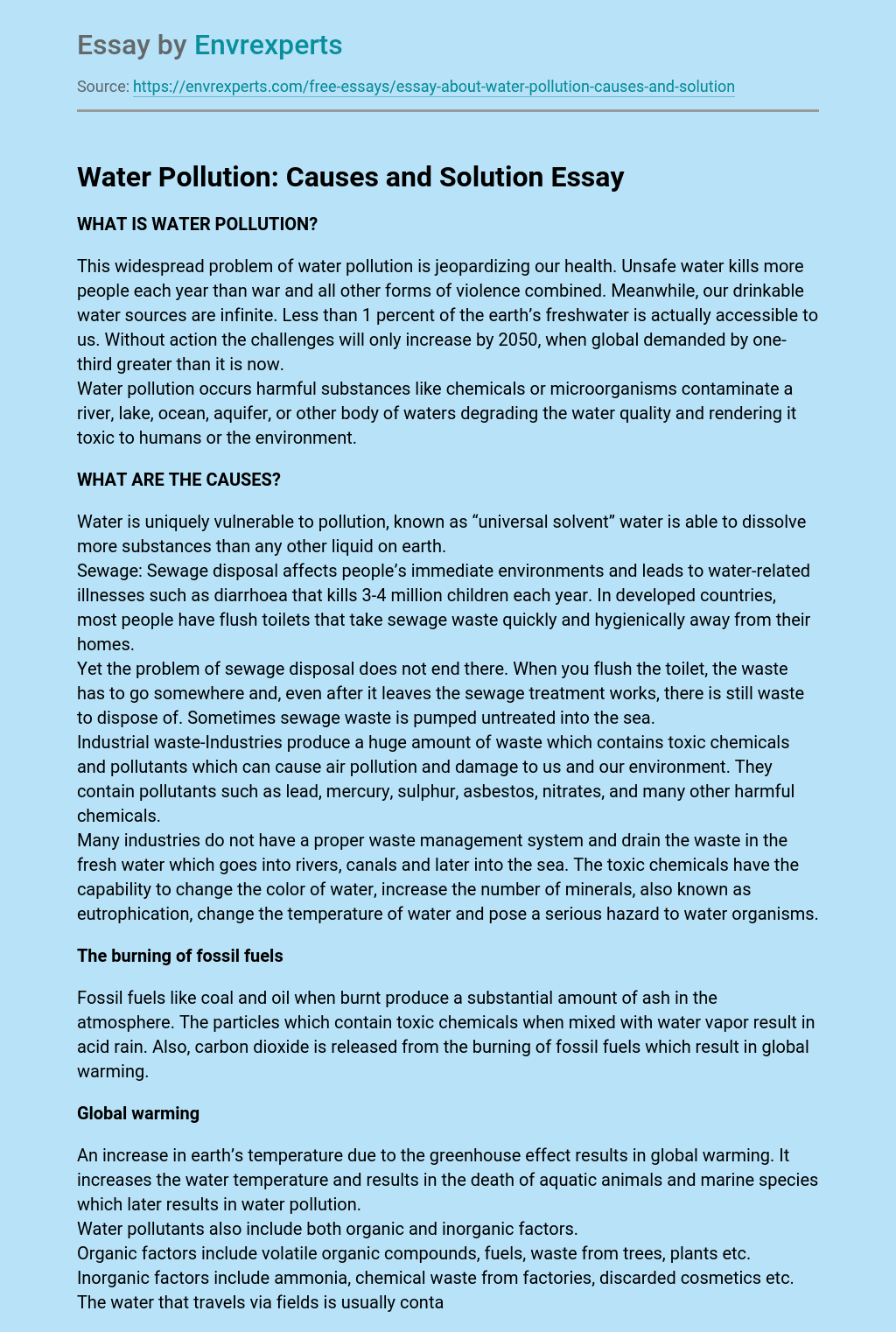